Ready for yet another Riga mayoral change? Dainis Turlais was ousted by a no-confidence vote 21 days after his inauguration 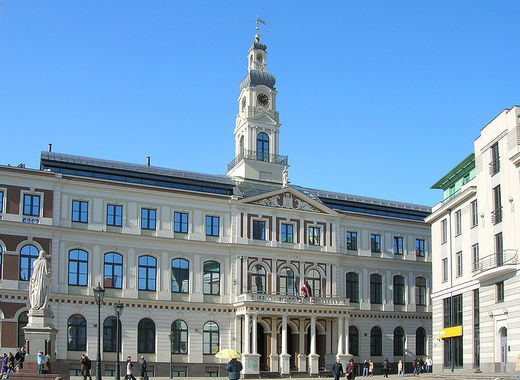 If you’ve been looking for more high-stakes political drama in the Baltics, look no further – the mayor of Riga, Dainis Turlais, was removed from his post by a no-confidence vote in the City Council. He occupied the post for a total of 21 days.

You can catch up on the events in the Latvian capital from our previous publications on the topic – the suspension of former mayor Nils Ušakovs and his subsequent resignation to take up a seat in the European Parliament. For a brief backstory, long-serving mayor of Riga, Nils Ušakovs, was suspended by a ministerial decree due to allegations of corruption back in April. Following the 26 May European Parliamentary elections, he officially resigned from his post and headed to Brussels. His replacement, as agreed by coalition partners “Harmony” and “Honor to serve Riga”, was Dainis Turlais.

The days following Turlais’ election as mayor by the city council, however, were rocky at best. The biggest party in Riga, Harmony, imploded as a consequence of internal scandals and expelled 4 of its city council members. They in turn formed a new group within the local legislature called “Independent Deputies Faction” and called for the resignation of all local government officials. While calling for a snap election, they supported the opposition’s no-confidence vote.

Dainis Turlais has been pointed at as an embodiment of the corruption problems surrounding Riga’s mayoral post, as he was chair of the corruption prevention committee during the term of Nils Ušakovs. If the city council fails to elect a new mayor in the following two months, the Latvian parliament will be able to dissolve the city council and organize new elections. Former mayor Nils Ušakovs has as of yet not denied any intentions to again run for local government.