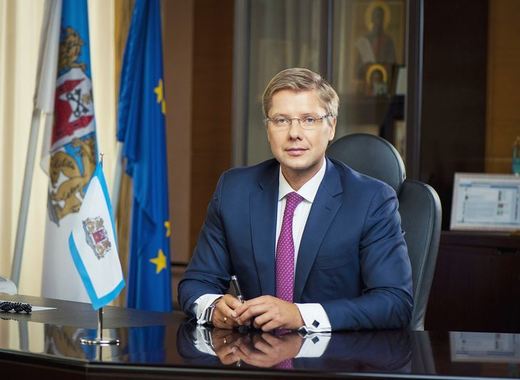 The official state gazette "Latvijas Vēstnesis" has published a lengthy document regarding the decision for Riga’s mayor Nils Ušakovs to be removed from office. According to the text his removal was necessary to protect the interests of Riga’s citizens and to raise public awareness that the state is ready to intervene when it concludes that public figures are harming their constituents.

The dismissal of the capital’s mayor was announced by Environmental Protection and Regional Development Minister Juris Pūce and it comes after months of investigations into massive fraud at the municipal transport company Rīgas satiksme of which Nils Ušakovs is a shareholder. The mayor has been subjected to police raids on his home and offices but as of yet no official charges have been raised against him. The minister stated that the conflict of interests has resulted in violations of the law, errors of omission and the ultimate loss of around 28 million euros from the city’s coffers.

Ušakovs has since stated that this is a politically motivated attack that has no legal basis and will be overturned at court. The whole chain of events comes after his party, despite winning the 2018 general elections, was unable to form a government and after Ušakovs stated that he will be stepping down as mayor of Riga in order to participate in the upcoming European Parliament elections.