Thessaloniki subway system to be completed by 2023

Despite a number of setbacks, authorities are confident that in just a few years’ time, the megaproject will be completed 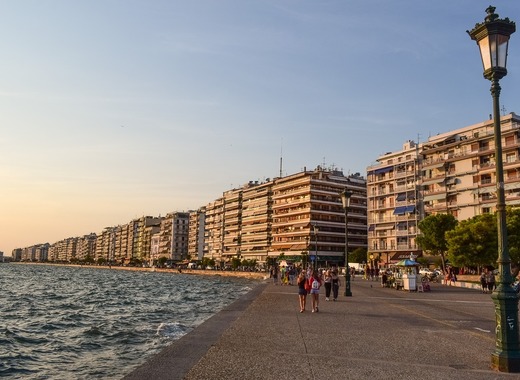 When talking about vital yet much-delayed infrastructure projects, one can’t help but think about the now-infamous Berlin-Brandenburg Airport. Yet, it should hardly come as a surprise that it’s not the only project of such enormous magnitude that’s faced numerous delays forced both by unforeseen circumstance and by unfortunate realities.

A running joke in Greece

Plans for the construction of the Thessaloniki Metro were first considered back in 1910, but serious planning efforts took place in the 1980s. Construction on its main line, meanwhile, started a few decades later – in 2006 and on its Kalamaria extension in 2013. Neither of them has been completed as of yet. Even Alexis Tsipras, the Greek Prime Minister at the time, joked about the delays in 2018, asking "What's happening with the metro, guys? Will it get built here?"

The most important factor blocking construction throughout the years has been the constant discovery of new archaeological sites. With the beginning of construction of every new stretch of the metro, new remains of ancient civilizations were discovered. To get a grasp of how much this has impeded work, just consider that in February 2019, work on the main line was 95% completed, but was forced into a 28-month delay after workers stumbled upon yet another historical site. Combined with the financial crisis of the past decade, the metro is just now nearing completion.

Hope for the future

Nonetheless, despite all the setbacks, the Greek government has vowed that by April 2023 the entirety of the Thessaloniki metro will be entirely operational. That means that the megaproject worth 3.5 billion euros will be completed more than a decade after its originally planned deadline of 2012.

Upon completion, the metro will be 9.6 kilometres long and will have 13 stations. The Greek Transport and Infrastructure Ministry has even released a 3D rendered animation of what its main station will look like once it is completed, which you can check out below.