What Madrid is doing to save water – Part 2 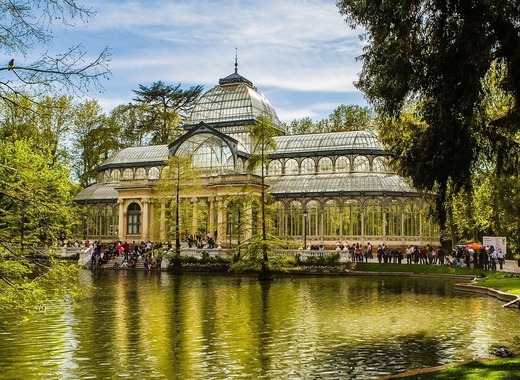 Madrid is located approximately in the centre of the Iberian Peninsula, a place which hydrologically speaking is one of the aridest areas in Europe. That is why careful management of water consumption has always been a priority. It is more than likely to remain so with the impact brought on by the climate changes in the future.

In Part 1 of these series, it was pointed out that in recent years the Spanish capital has been able to reduce its water consumption by 20% which represents a significant portion. How was that made possible?

Apart from counting on the goodwill of its citizens, authorities had to take concrete steps towards assuring the sustainable use of scarce water resources in the city. Some of these measures have a long history.

Back in 2005, the city launched its Plan for the Management of Water Demand. It was a detailed document which aimed to provide a strategy for the rational and sustainable usage of water resources carried out in four focus areas: Management, Savings, Efficiency and Substitution. The measures defined in this plan still serve as guidelines to municipal policymakers today.

Another distinction of this plan was the clear identification of the so-called alternative hydro resources. The idea behind these is that potable water should go for domestic and business uses and where possible it should be substituted with adapted water for activities, such as city ponds and reservoirs supply, street cleaning and irrigation of public green areas.

One of the alternative sources is the regeneration of wastewaters, in other words using the water after it has been processed through water-treatment plants. Madrid counts with a large infrastructure in that respect. There is the so-called “M-40 of regenerated water”, named after the ring road that surrounds the capital. In essence, this, too, is a bi-directional water highway which makes a circle around Madrid and which provides the H2O needed to irrigate the many parks and wash the streets.

Madrid also makes use of the groundwaters which lie under the surface and which can be accessed at various points throughout the city. It used to be that underground water could easily flood the subway network and railway tunnels, which is why it used to be drained into the sewerage.

That is no longer the case. These waters are now redirected for other purposes. For example, at the Principe Pio station, pumps extract 25 cubic metres per hour which are then used to fill the lake at the Casa de Campo park.

Madrid was founded in the 9th century and ever since then up until the inauguration of the urban water supply network in 1858 (Canal de Isabel II), water provision was managed through underground galleries called qanats. Some of these have survived until today and, in fact, have been restored (Amaniel and Fuente del Berro) in order to capture water that is used for irrigation.

Other measures which have been implemented to ensure responsible use of water have been the inspections of urban irrigation networks with a view to making them more efficient. Likewise, many of the municipal buildings have been EMAS certified and count with individualized plans for sustainable water management.