The Bulgarian economy is counting on highly competitive, successful companies

Is Luxembourg becoming the Silicon Valley of Europe?

Frederiksberg will hold an Electric Car Day in August

This is part of the municipality’s efforts to become Denmark’s Electric Car City No. 1

Bulgaria is building the longest rail tunnel in the Balkans

The first phase of the EUR 46.05 million “Grand Parade Quarter” project will begin next year

Its motto is “The arts travel to the monuments of Crete…”

Klaipėda Sea Festival goes ahead despite spike in Covid infections

The complete modernisation of the Athens Olympic Sports Centre will cost over EUR 43.5 million

The PCT rule (recovered, vaccinated, tested) for attending public events and rallies will be in place until at least 1 August

Ulla Vestergaard: Thisted has one of the largest shares of renewable energy production in Denmark

Marcus Schober: Trying to improve my hometown? To me, it doesn’t get much better.

An interview with Ion Georgescu, Mayor of Mioveni in Romania

Ion Georgescu was born on 20th of April 1960 in Oarja commune, Arges county, he is married and has two children. He studied at Economic High School in Pitesti, Commerce Professional School in Bucharest, the Faculty of Economy and Business Management in Craiova. He is specialized in Management holding also a master degree. He worked between 1985 and 2000 as a chief of Warehouse-canteen of Dacia Renault Factory, then in local public administration, being vice-mayor firstly and since 2006 he fulfill the function of mayor.

Since 2009 he hold the title ”The son of Arges” and four titles as ”The best mayor in Romania”, conferred in 2011, 2013, 2016 and 2018. The titles were granted by the Romanian Magazine of Local Public Administration as a result of a tracking of the Romania΄s mayors activities and of a prior consultation of partners and important decision factors in national public areas.

Mr Georgescu, how would you describe the town of Mioveni briefly? What do you want our audience to know about it? The city of Mioveni is for sure neither the largest nor the wealthiest city in Romania, yet I guarantee that is one of the most appreciated communities in Argeş County and even in the entire country. We are a young city, with a young average age for the population, with a continuously rising birth-rate, a community continuously developing open to new ideas and smart technologies.

We are currently involved in a series of projects and activities organized at regional and European level, this being one of the reasons why we have been nominated as one of the most active cities in Europe for the organization of activities promoting local democracy, and for which we obteined the distinction “12 Stars City”. Within “Europe Prize” competition, the city of Mioveni won this year “The Plaque of Honour”, which is the third of the four distinctions of Parliamentary Assembly of the Council of Europe, awarded for the work carried out in the service of European ideas, after we won in 2012 “The European Diploma” and in 2013 “The Flag of Honour”.

For the sustained efforts and constantly ran campaigns in the domain of environmental protection and waste recycling, our city has been awarded “The Green Flag”, and projects regarding sustainable development are materialized by implementing smart city technologies at the administrative and public service levels. 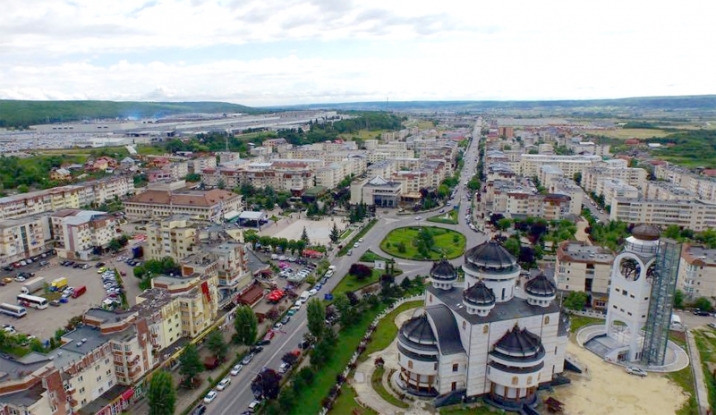 You have been mayor of Mioveni since 2006, how did the town change over this period?

The development of the city was a natural and a constant one, due to the vision of the whole team within the mayoralty, through government projects in the various European funding streams or through sustained investments from the city’s budget.

We prioritized the citizen's needs and hence resulted the necessity of attracting investors in order to create new jobs, the necessity of developing the educational system and to modernize the city’s medical system.

Please, share some good practices from your municipality. How do you finance them?

Probably there are many examples that I can refer, but two are very topical. There are two pilot projects, the first one handles waste sludge from the waste water purification process and the second one refers to smart city technologies such as: public smart lighting, video surveillance system and the road traffic management system. I believe these are part of the technology of the future, contributes to the sustainable development of the community and also to the protection of the environment. Thus, we are proud to be the first in Argeş County and among the few in the country to implement this kind of projects.

Mioveni is a home of a headquartered of Automobile Dacia. What are you doing to attract more investors and strategic projects to the municipality?

The Dacia brand was born and consolidated in Mioveni, here fully contributing not only the French management but also the workforce, the professionalism, the ingenuity, the dedication of the citizens in Mioveni and the surrounding area, which, for generations, worked and continue to work proud that out of their hands comes a product so appreciated in dozens of countries on four continents.

In order to attract more and more investors, the local administration has been providing a temporary series of fiscal benefits, depending on the domain of activity, the production capacity or investment plan proposed by the economic operator. We may also partner up with some of the investors.

Other important actors in the development of our city have been the Mioveni Nuclear Research Institute and Nuclear Fuel Production Plant which have also provided a large number of jobs for the locals of Mioveni, well-paying jobs it is worth mentioning which together with the jobs provided by the Dacia plant have led to the development of a healthy and steady consumer based economy in Mioveni.

Also, we are currently engaged in a project to improve medical services in Mioveni and Arges County by building a brand-new hospital, outfitted with state-of-the-art equipment. Its grand inauguration will be happening this year and our plans are to make it one of the most important medical centers in Romania. It is also worth mentioning that it is the first state funded hospital to be built in Romania since after the 1989 Revolution.

What do you think about a unified platform for European municipalities and its main goal to make and keep European citizens better informed about what is taking place in the European Union? How the portal can be useful to Mioveni?

The idea of providing European citizens with a means of keeping in touch and learning about what is currently happening in the European Union can only be viewed in a very positive way. Hopefully by accessing your platform my team at City Hall and even our citizens may come up with several new projects we may be able to implement in the future in Mioveni and by letting others know of what we have been able to achieve in our small city we might inspire some into undertaking similar projects of their own.

Find out more about Mioveni here

The PCT rule (recovered, vaccinated, tested) for attending public events and rallies will be in place until at least 1 August

Czechia to invest over EUR 38.9 million in cancer prevention

Every year, around 27,000 people in Czechia die from oncological diseases

The Salt House in Latvia: an example that integrates the New European Bauhaus’ values

This showcases architecture that harmonizes with nature

It featured the input of 3 EU citizens, who shared their proposals for more vibrant communities

An interview with the Mayor of Elche, Spain

An interview with the Mayor of Mieres, Spain

Frederiksberg will hold an Electric Car Day in August

Czechia to invest over EUR 38.9 million in cancer prevention

Bulgaria decides to bet on geothermal