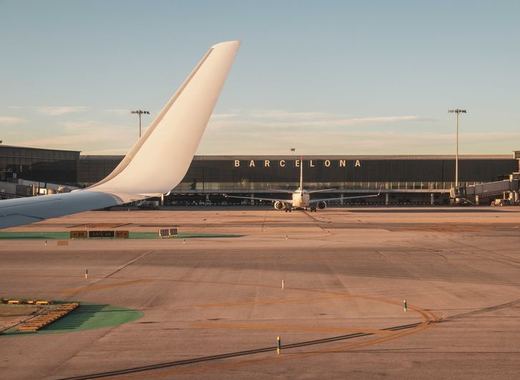 Barcelona municipal representatives will no longer be travelling by plane for short distances. At least not unless there is a railway alternative for fewer than 7 hours of travel and apart from exceptional cases, reports europapres.es. This concerns the local councillors, headed by Mayor of Barcelona Ada Colau, and the municipal personnel.

In a press conference, the deputy mayor of Ecology, Urban Planning and Mobility, Janet Sanz, said that the municipal government's decision while not being mandatory is absolutely necessary and exemplary. He also encouraged other administrations and companies to join the initiative. Thus, in essence, the local administration's representatives will be on the lookout for alternatives to polluting flights when planning their trips to destinations that are fewer than 1000 kilometres away.

Sanz also explained that the global activity linked to the Port and the Airport generates a total of 12.9 million tons of CO2 annually, which is four times the total CO2 emissions emitted by the city of Barcelona. Regarding air pollutants, the Port is responsible for 7.6% of nitrogen oxides (NOx) and between 9 and 12% of particles (PM) that are polluting the city.

On Wednesday 15th January the city council of Barcelona declared a climate emergency and set aside 563 million euros to fund climate-related measures. “The climate crisis is real… If we do nothing, Barcelona and the planet will become uninhabitable places for future generations. To prevent this and mitigate the effects of the climate crisis on the city, the Barcelona City Council has decreed the climate emergency with a plan of action worth 563 million euros previewing a hundred measures with the objective to reduce greenhouse gas emissions by 50% by 2030 as compared to the values ​​recorded in 1992, and reduce CO2 emissions by two million tonnes” reads the municipal website.