Bringing Latgale into the open 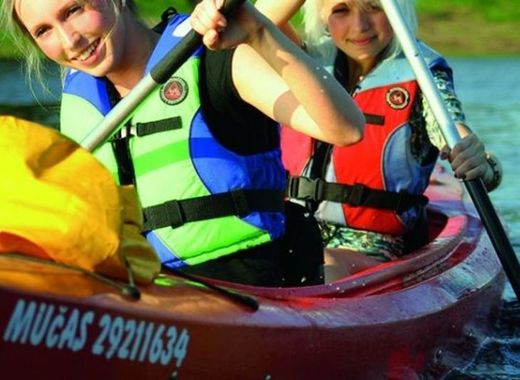 Latgale Tourism Association (LTA) partnered at the beginning of this month with the Tourism Department of the Investment and Development Agency of Latvia (LIAA) as the first step of a program aimed at promoting the region as a tourist destination. Putting Latgale in the tourist eye will also involve significant state funding to the tune of EUR 3.8 million, coming in the autumn.

The LIAA has been particularly interested in reviving the economy in the traditional area in the east of the country. Latgale is a cultural, rather than an administrative region, which has been under Polish and Russian domination, as compared to the more Germanized west of Latvia.

The LTA organized various tours for journalists from the Baltic countries and for tour operator representatives so they could discover the cultural and recreational attractions that Latgale can offer. The aim was to showcase places and infrastructure that could welcome larger groups of tourists.

Still, the issue perhaps is that this part of Latvia has traditionally attracted smaller groups, such as families. Those tend to stay in guest houses for 1-3 nights. Many of them seek to indulge in outdoor activities such as hiking, biking and boat trips on the Daugava river and Kraslava district lakes.

Local tourist representatives are cautiously optimistic about the summer season after the relaxation of the pandemic measures.

The Rēzekne Tourism Information Centre reported that "at the beginning of June, we observed a gradual influx of tourists from Lithuania and Estonia. In June, there was a small but progressive increase, and July has started on a good note: in less than the first two weeks of the month, Estonian travelers have returned to Rēzekne in numbers equal to the whole of the previous month, while the number of visitors from Lithuania has tripled".

The expected funds will be used towards building a capacity to attract larger crowds. The LTA, also known under the name “Ezerzeme”, is looking to place itself as a consultant to local stakeholders on how to apply for financial assistance to the LIAA.