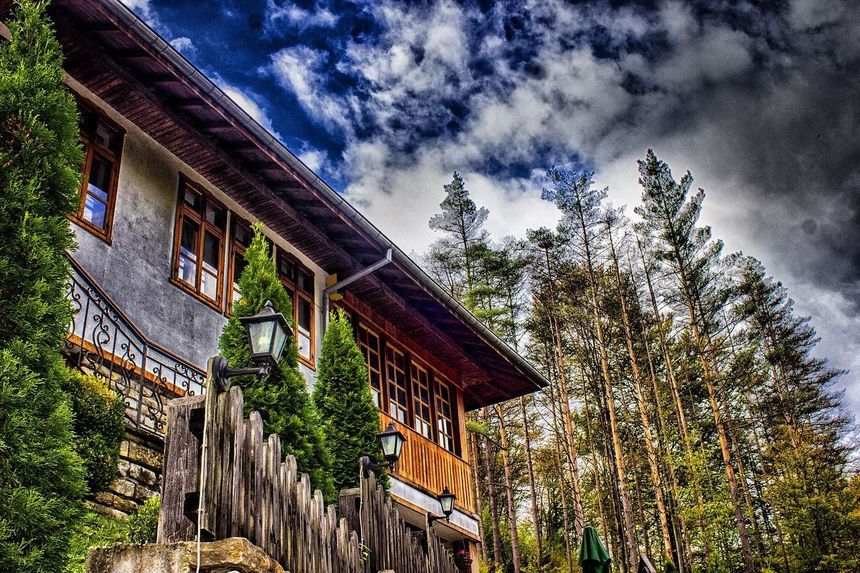 When Tarnovgrad became the capital of the Second Bulgarian Kingdom in the 12th century and the road through the Shipka Pass subsequently gained strategic importance, free and skilful military people took the responsibility to guard the road and established a small village. They had the privilege to pay lower taxes and to preserve the ownership on their lands and their production. The local population set up its life as an inseparable part of the Bulgarian State, built a church, a monastery and related its existence to the passing of the relics of St. Petka, the cult of whom has remained to this day.  The conquest of the State by the Ottoman Turks had little impact on their Orthodox Christian faith, their lifestyle and traditions. They continued guarding the pass, which made them part of the militarized detachments of the dervens, as the guardians of the road were then called. Their task was to keep the passing caravans and state officers safe, for which they bore collective responsibility.  For a short time, they were assigned to the lands of a senior military, but later became part of the people of the Grand Vizier. They received a sultan’s decree granting them the privilege to carry weapons, to pay only a half of the taxes, and not to feed large military units. Every new sultan confirmed the decision.  Their number grew through the years from 96 families in 1478 to 500 in 1545 and at the end of the 17th century, there were 3000 inhabitants.

In the years of the Russo-Turkish war in 1877-1878, which brought freedom to Bulgarians, Gabrovo was one of the ten Bulgarian cities that had the greatest contribution to the victorious end, especially during the epic Shipka Battles in August 1877. The local people took part in the voluntary army units, organized armed bands of guardians, worked on the construction of roads and military facilities, they were reconnoitres and led military columns on their way to the Russian armies south of the Balkan Mountains.

In the newly established state, the intellectuals from Gabrovo became the core of the state administration. Among them were members of the Parliament, the first prime minister, the minister of education and the minister of the interior. Gabrovo was one of the powerhouses of the new Bulgarian industry. The heritage left from the years before the Communist coup in 1944 became the basis of an industrial city, known for its weaving, clothing and leather industries, and institutes of technology.  With the democratic changes in 1989, the industrial giants were replaced by smaller robotic companies, exporting products to the whole world.

Gabrovo is a city in Central Bulgaria. It is an administrative and economic centre of Gabrovo Municipality and Gabrovo Region. The Municipality is situated in the central part of the Republic of Bulgaria, along the Yantra River. One of the most important road links that cross Bulgaria from the north to the south and is a part of the Trans-European Transport Corridor No. 9 to Greece and Turkey, passes through its territory. The Municipality consists of 134 settlements, including Gabrovo City.

For five consecutive years, the municipalities in the region have absorbed the most European funds per capita. Gabrovo is among the regions with the highest economic activity of the working population - 73.0% compared to 69.3% for the country as a whole. Gabrovo takes the fifth place for the highest GDP per capita, the income of the population exceeds the average for the country, and the salaries are rising steadily. In 2015, after an increase for a fifth consecutive year, the share of the well-maintained road pavement in the region reached 42.2% compared to 40.7% for the country.  Over the years, the leading industries in Gabrovo - machine building, instrumental equipment, mechatronics, electronics, plastic products, textiles and clothing, footwear, cosmetics, etc. - have been preserved.

House of Humour and Satire

Source: House of Humour and Satire

The House of Humour and Satire was opened on 1 April 1972 and has a fund of 37,500 artistic works. It is the only one of its kind in the world, and Gabrovo is known as The Bulgarian Capital of Humour. Works of artists from 153 countries are exhibited here. The House not only collects, but also explores and promotes the traditions of humour and satire. The International Biennial of Humour and Satire, part of the May Cultural Holidays, is held here every other year. Its motto is: “The world survived, because it laughed." 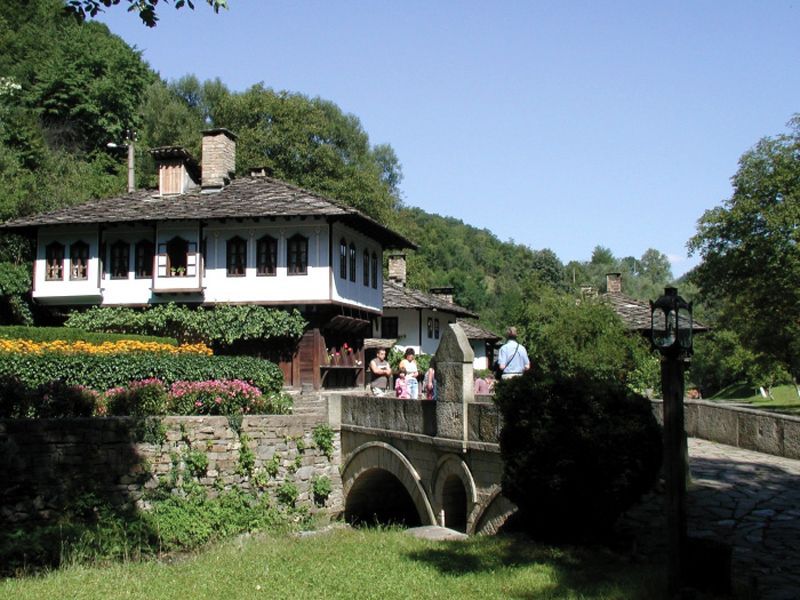 The Etar Architectural and Ethnographic Complex is a quarter of Gabrovo, a unique open air museum. It is an original presentation of the authentic Bulgarian culture, lifestyle and artisanship. A unique collection of water mills, including 10 operating objects, is on display here. This is why the water wheel has become a symbol of the complex. The Artisan Charshiya (street) is a showcase of Balkan architecture, revealing the exceptional talent of Revival Period builders. Every visitor can become involved in the reenactment of folk traditions and handcrafts in Etar and feel the thrill of a bygone age.