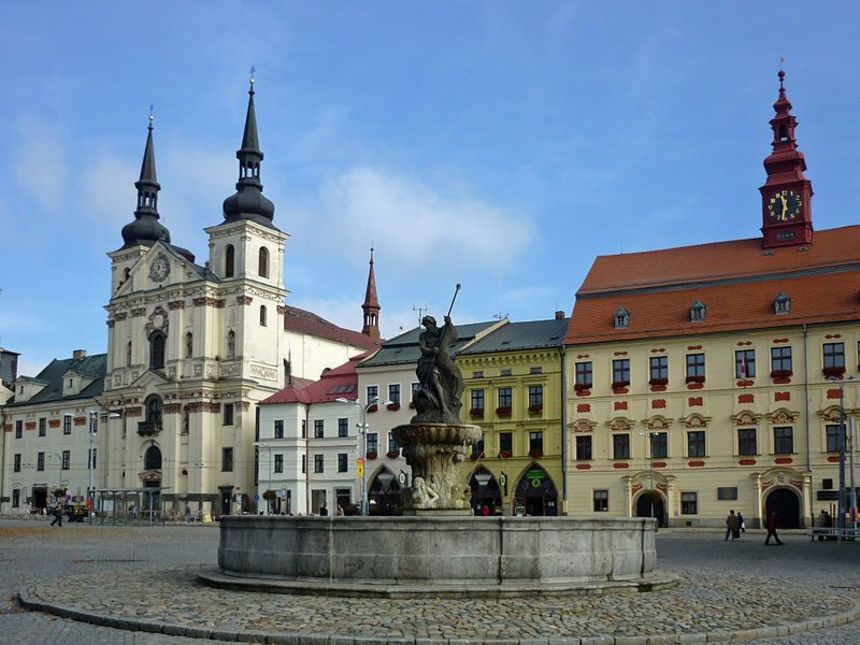 Jihlava is known as the oldest upper town of the Czech lands. At the end of the 12th century, a Slavic village with a church of St. John the Baptist became the starting point for colonization of the region, extremely accelerated by the discovery of silver ores at the end of the 1940s. The Silver fever brought miners, craftsmen and traders from all over Europe. The small village could not satisfy their needs and so a new city was built on the opposite bank of the river.

Almost simultaneously, three main church buildings were erected - the parish church of St. James and the Minorite and Dominican Monastery Complexes. Royal privileges guaranteed its prosperity and Jihlava soon became one of the most powerful cities of the kingdom. It was protected by a massive fortification, the square was lined with stone houses with arcades, coins were minted in the city.

The importance of silver mining declined at the end of the 14th century, when the richest veins of pure silver were exploited and mines were affected by earthquakes and floods. However, the economic development of the city was already ensured by trade and craft production (especially drapery), which became an important economic sector for the next three centuries. The great fire in 1523 ended the medieval stage of the construction of the town, later to be restored in the Renaissance style.

The city suffered greatly during the Swedish occupation in the Thirty Years War. The suburbs were burned down, most of the houses were destroyed, and only one eighth of the population remained in the city. It took more than a hundred years before the Jihlava regained material force and cultural spirit. Then, the city was restored in the Baroque style. The most important Baroque building is the Jesuit Church of St. Ignác built together with the dormitory and grammar school in the last quarter of the 17th century.

Another stage of development took place again thanks to clothing. Maria Theresa's draftswoman invited Dutch drapers to the city, whose experience improved production. Thousands of people in the town and its surroundings made their living by clothing; in the second half of the 18th century, Jihlava was the second largest producer of cloth in the monarchy.

The entire urban conservation area declared in 1951 is a unique combination of Gothic, Renaissance and Baroque architecture. It will delight every admirer of art monuments and ancient history. There are 213 listed buildings in the historic centre, including 70 monuments.

Jihlava has a population of more than 50 647 persons and an area exceeding 78.85 square kilometres. It is the capital of Vysočina Region and is situated on the Jihlava river. Established as a statutory city in 2000, it is currently divided into 18 areas. Governed by Local Council and a Mayor.

Jihlava has been distinguished with a second place for doing business in the Czech Republic in the comparative research study City for Business 2018. It has numerous national distinctions in terms of mobility, web services and waste-reduction. It is the oldest mining city in the Republic, which has been shaping its economy for centuries. 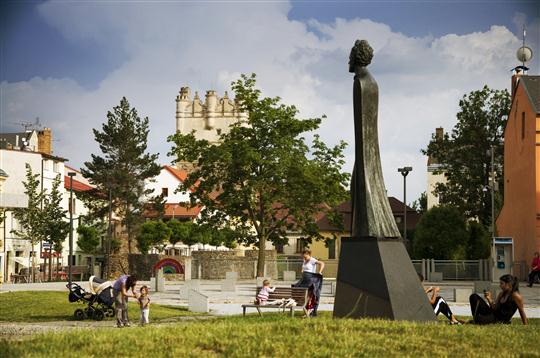 The central element of the park is the statue of composer Gustav Mahler by Jan Koblasa, who is surrounded by stone sculptures of birds and fish symbolizing Mahler's music, specifically his song lyrics. Ten water sprays at the lake represent the number of Mahler's symphonies. The surroundings of the sculpture are wavy grassy landscapes. The main concept of ​​the park's architectural composition is the contrast of the landscape, which is represented by a pond, grassy areas, shrubs and trees, with a city symbolized by simple materials, sharply shaped forms, houses and stone elements. The park also resembles the historical traces of the place - the ramparts, the city walls in the places where they were demolished (paved with stone sections), and the foundations of the former synagogue burned down by the Nazis. 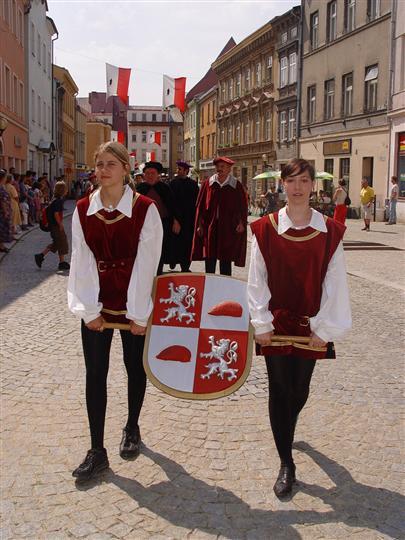 The parade is held every two years in Jihlava and it was last held in 2017. It is an allegory of the former wealth, beauty and fame of Jihlava.

It is also the feast of all Jihlava's citizens and field day for children who present historic characters and thereby get better connected to their city. 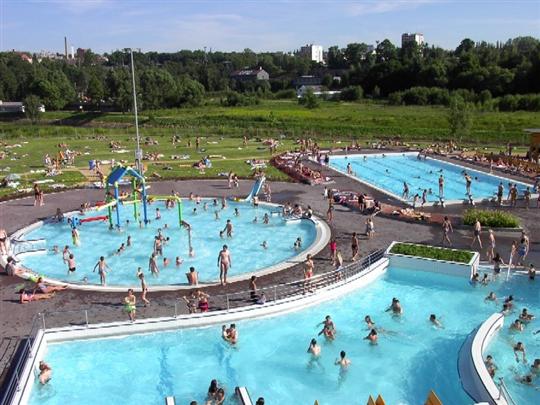 Water Heaven is a wonderful adventure for the lovers of swimming, diving and playing around water. The aquapark has something for all ages.