Europe must also focus on rural areas. We need a big European agenda for internal areas and small municipalities

“Cohesion policy must remain based on the EU-regions relationship.” 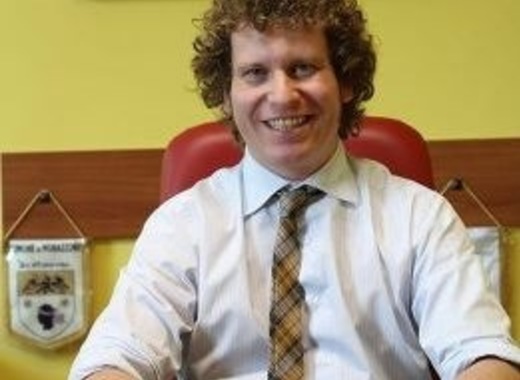 Born in Milan on August 19, 1979 and resident in Morazzone, the city of his paternal family. He began his administrative activity as a Municipal Councilor at the age of 19. In 2004 he was reconfirmed and appointed Councilor for Cultural Identity of the Municipality of Morazzone. In 2008 he was elected Provincial Councilor. In 2009 he was elected Mayor of Morazzone. Provincial Secretary of the Northern League of Varese in 2012. In May 2014 he was re-elected Mayor of Morazzone with 77% of the vote. Since January 2015 he is a member of the European Committee of the Regions in Brussels. Vice-President of National Association of Italian Municipalities since January 2017.

Mr Bianchi, you are Mayor of Morazzone since 9 years. When they elected you to this position of responsibility you were only 29 years old. Has the clash between your ambitious ideas and reality been serious?

Governing is never simple, but the mayor is asked for concreteness. Knowing the reality of the territory to be governed, it is possible to reconcile important ideas with resolutions of concrete issues.

Like any other young person, you are very active in social networks. In 2018, is this the place where citizens can easily contact the mayor or you prefer live meetings?

Personally I think that social networks are an element to facilitate the contact between politics and the citizen, but the human relationship is irreplaceable: meeting people live helps to better understand their needs.

You are member of the European Committee of the Regions and you affirm that Europe of the Regions is needed, not any more of the national states. Would you explain more about this idea?

Europe can not be based on the sum of national states because the concept of a Europe built from below would be lacking. In order to function fully, the EU should really implement the principle of subsidiarity, so that, within a general line, the territories can best decline the necessary policies for their citizens: the rules are an essential element for Europe and cohesion policy must remain based on the regions-EU relationship.

Do you think that there is a problem with access to and acquisition of information among European citizens when they try to update their information on the implementation of European policies?

The European Union is certainly an institution that is transparent on paper. However, there is a problem of channeling information related to the policies pursued by the Union. This problem can be identified with the physical distance of the institutions from the peripheral territories. For this reason, the Committee of the Regions, can not continue to be a body of appointed people and, moreover, only consultative: it should really become the Senate of the Regions - therefore a sort of High Chamber - with the task of channeling information on the territories, through elected representatives on a regional basis and therefore closer to the citizens.

TheMayor.eu supports you claim that we need EU built from bottom to top. One of our main objectives is to support the work of small municipalities. What do you think about the portal for European municipalities? How could TheMayor.EU be useful to you and to the citizens of Morazzone?

Europe must focus not only on metropolitan areas, but also on rural areas and small towns. We need a big European agenda for internal areas and small municipalities. I believe that TheMayor.EU can be a stimulus to the political debate and to make known the various municipal realities beyond national borders.

Share some good practices from your municipality. How you finance them?

I quote a Program agreement between the Municipality of Morazzone, the Lombardy region and the Italian Environment Fund: It is a virtuous example of partnership between public and private, in this case to enhance an architectural asset that can be tourist attractiveness and therefore - in the objectives of the agreement - can be a positive driving force for the local economy and urban redevelopment of the historical center in which it exists.

What will be the main objectives and good examples you are planning to develop?

As in all contexts of the public administration, pursuing the effectiveness and effectiveness of the institution. Even through a rationalization of public spaces now set on the cutting of the Italian economic boom of the '60s, I think it must be the priority of the next few years, in order to consolidate a growth of investments made in the last period.