An interview with Valeria Mancinelli, Mayor of Ancona 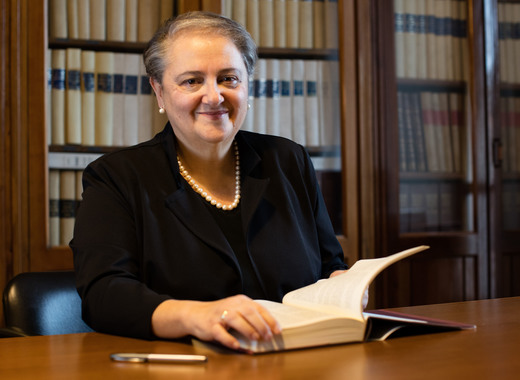 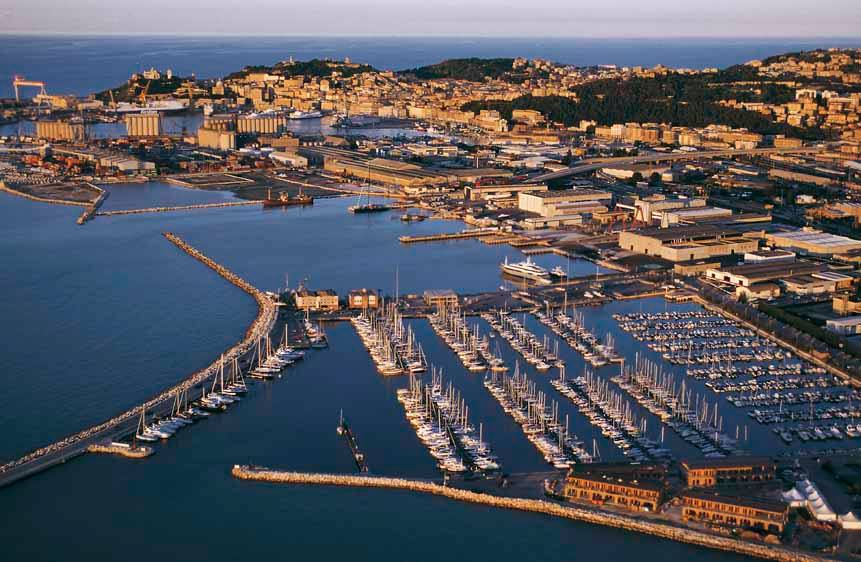 Mayor Mancinelli, how would you describe the city of Ancona in a few sentences?

I am fortunate to be the mayor of a beautiful city. Ancona rises on a promontory that gives rise to a gulf in whose innermost part is the natural harbor. The promontory is elbow-shaped (the name of Ancona derives from the Greek Ankon) and is bathed by the sea, both east and west. This is why in my city the sun rises and sets over the sea - a location of unique beauty.

My city has its roots in millennia of history and boasts monumental heritage that spans over the centuries. The signs of the Greek city still exist, the remains of the Roman port, the arch with which Trajan celebrated the conquest of Dacia, the presence of works of the Renaissance, the architecture of Vanvitelli: Ancona, like many Italian cities, in its beauty hides its history.

This is our main resource, as well as our identity. Historically not interested in tourism, Ancona has finally discovered this new vocation: it starts from the beauty of its landscape and its heritage, and extends to activities, events, a philosophy of hospitality that is being built day by day among people.

Satisfaction, responsibility and the incentive always to do better. Among the reasons for the choice as "Mayor of the world" is that of having contributed to the expansion of the city. I am convinced that an Administration and a Mayor can act directly or work in collaboration with other institutions to maintain, redevelop, attract and grow a city. But nothing would happen if a city as a whole does not participate, does not move and does not walk together. This is the thing I'm most proud of: what has really grown in these years is the sense of belonging and love for one's city, to feel that citizens perceive the change that everyone in their own space contributes to the development. This is happening and I am grateful to my community for this.

In July you participated in a "Women in Politics" meeting with other women of great renown at the European level. Is it more difficult for women to succeed than men nowadays?

It is more difficult but we do not cry to each other, we fight and struggle to win power and to exercise it, because power is not something negative to be kept away because it pollutes you, but if you use it to change, to carry out a project, to improve your community with concrete initiatives, then it becomes noble, because it affects reality. The heroine of Ancona is Stamira, a young widow who thanks to her heroism and sacrifice allow the inhabitants of Ancona to resist the siege of Frederick Barbarossa's troops. And that was in 1174 ...

You are Mayor of Ancona since 2013. How has the municipality changed for this period?

When I was elected the economic crisis, which began in 2008, had already wiped out thousands of jobs, even in the city's main industrial area - the port. There was an apparently irreversible crisis in construction sites, an area of development and enormous work for the entire region. We were committed, public servants and private individuals, workers and institutions, to restart the whole system: today there is a clear recovery of this manufacturing sector where beautiful yachts are produced for the whole world. Construction sites have started working again at full speed, planning new spaces and new investments. This is a real change that affects people's lives. Then there are (also improvements in) the infrastructure, the services, the quality of life.

Since the beginning of your first term, you have implemented many projects. Tell us more about the most significant of them. How do you finance them?

We worked on the enhancement of beauty and we started to design the Ancona of the future, and in some cases to put it in place, with the support of the citizens. It is a vision that speaks of the relationship of the city and the sea, of its always multicultural and polyphonic existence, of its ability to build new routes. This vision is reality: thanks to the funding obtained through solid and credible projects, some jobs have started, others will be launched in the coming years.

What city do you want to leave at the end of your term?

I would like to leave a more beautiful, fairer city, in which the value of solidarity has been strengthened. A city aware of its potential, rightly proud, that wants to be a protagonist.

What do you think about a unified platform for European municipalities and its main goal to make and keep European citizens better informed about what is taking place in the European Union? How can the portal be useful to Ancona?

It is essential to create networks and opportunities for further study and discussion. Experiences and good administrative practices, if they circulate, become stronger where they have been implemented and can be tested elsewhere. We live in a time rich in incentives, we think and try to implement innovative projects. Significant progress is made through the comparison and circulation of the best ideas.

Find out more about Ancona here