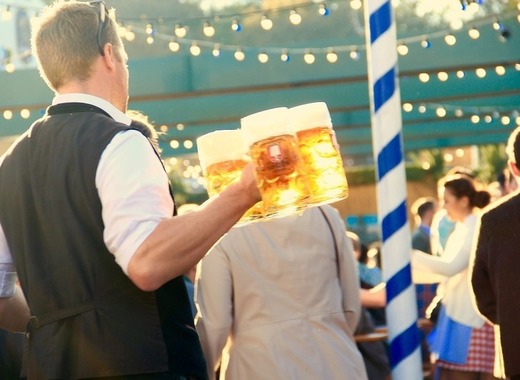 The 2019 Oktoberfest runs between 21 September and 6 October. And it’s all fun, games and drinks until someone gets hurt – at least that’s what the city of Munich believes as it imposed a ban on e-scooters on festival grounds for the duration of the world-famous events. With thousands of people coming to the Bavarian capital to take part in the most famous German tradition, the city administration is concerned that e-scooters will prove to be a significant risk to visitors.

"Many see e-scooters as toys and unfortunately too often they're ridden while drunk," according to city administrator Thomas Böhle. Not only will driving be banned but e-scooters will be completely removed from the premises of the festival. Even parked scooters might present a significant challenge to severely intoxicated Oktoberfest guests. In order to prevent injuries, the local administration will be working alongside the local police and the rental companies to remove all vehicles from festival grounds. The ban will be in effect between 5 PM and 6PM and new regulations will be extended to neighbourhoods surrounding the venue as well.

E-scooter regulations have turned out to be a tough nut to crack for city administrations across Europe as the new type vehicle has been swarming the continent’s streets. The Oktoberfest ban is just the latest attempt by officials to figure out an effective approach towards the issue.