The city and town complex, as well as the port, began to form for good in the second half of the tenth century. In Gdańsk, ruled by the dynasty of Pomeranian princes, native Slavic population coexisted with increasing number of merchants and craftsmen coming from the west.

Gdańsk obtained its city rights thanks to the efforts of Prince Świętopełk II the Great. In 1282 His son, the last prince of Gdańsk Pomerania - Mściwoj II, gave his land to the prince of Wielkopolska - Przemysł II. It was an act of great political importance, because it enabled the unification of Polish lands. During the chaos that reigned in Gdańsk after the death of Wenceslaus of Bohemia, the castellan of Bogusz summoned the Teutonic Knights for help. The State of the Teutonic Order orchestrated a pogrom in 1308, which went down in history as the Gdansk slaughter or the Gdansk massacre.

For a long time, the residents of Gdańsk strove to free themselves from Teutonic rule until defeat of the Knights at Grunwald (1410). Gdańsk was then incorporated into the Crown by the Polish king Casimir IV Jagiellon and was given numerous privileges.

The Reformation radically changed the face of the city. Protestant Gdańsk fought fiercely for its own religious freedom and eventually managed to win it. After that the city became known among religious dissidents as the right place to seek shelter and refuge.

Gdańsk, besieged by the Russians and Saxons, also stood up for the honour and throne of the Polish king Stanisław Leszczyński in 1734. Unfortunately, after the Second Partition of Poland, the city was no longer able to oppose Prussian annexation. Gdańsk, acquired by the French in 1807, was granted the status of a Free City, which lasted only until 1814. The next four decades are described as the time of the great crisis, collapse and economic disaster.

In June 1919, the Free City of Gdańsk was created as part of the Versailles Treaty, overseen by the League of Nations, and more precisely, its High Commissioners. In the thirties in Gdańsk the growing menace of fascism resulted in terror attacks on its population. The shots fired at dawn on September 1, 1939 from the battleship Schlezwig-Holstein towards the Polish military crew at Westerplatte started World War II. Captured in March 1945 by the forces of the Second Belorussian Front, Gdansk was soon turned into a mere shadow of its former self. Fortunately, future builders, conservators and artists came to restore the city's splendor in the next few decades.

Invariably, throughout the entire post-war period, Gdansk remained a synonym of Poles' freedom aspirations. This left a tragic mark on the city and its inhabitants in December 1970, when weapons were used against striking workers.

Historians consider "Gdansk August" of 1980 as the beginning of the process of the collapse of the post-war order on the Old Continent. Mass strikes, culminating in the signing of the famous August Agreements in the Gdańsk Shipyard, created a breakthrough that led to the formation of a new political map of Europe.

Gdansk is located in Northern Poland, on the Baltic coast. Its population as of June 2019 is 468,158 inhabitants. The capital and the largest city of the Pomeranian voivodship is also the centre of the country's fourth-largest metropolitan area.

It is governed by a City Council elected every four years. The city is further divided into 34 administrative units: 6 dzielnicas and 28 osiedles.

Being the principal seaport of Poland, Gdansk’s economy is dominated by shipbuilding, petrochemical and chemical industries, as well as food processing. Gdansk also boasts high-tech sectors such as IT and electronics, while engineering, cosmetics and pharmaceutics are also growing. Finally, the city is the world capital of amber with the largest deposits of amber being on the Baltic coast. 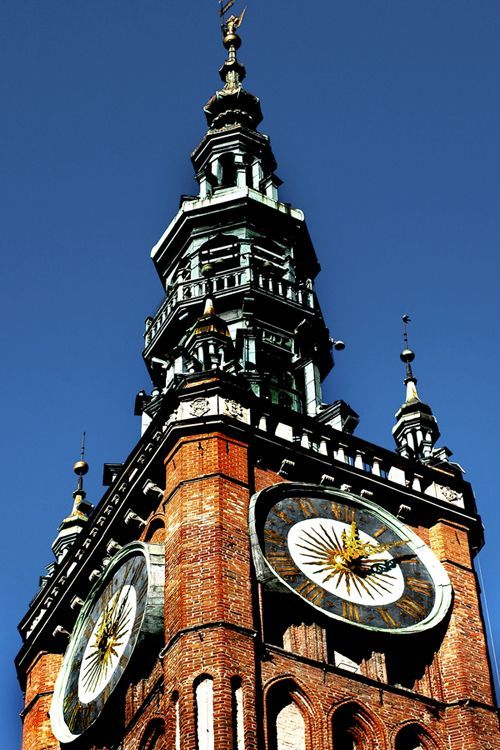 The most magnificent and most valuable secular building of Old Gdańsk is the seat of the city authorities. It was built from 1379 to 1492 it boasts an 80-meter high tower helmet, created by master Dirk Daniels from Zealand and a Red Room considered to be among the richest modern town hall interiors. 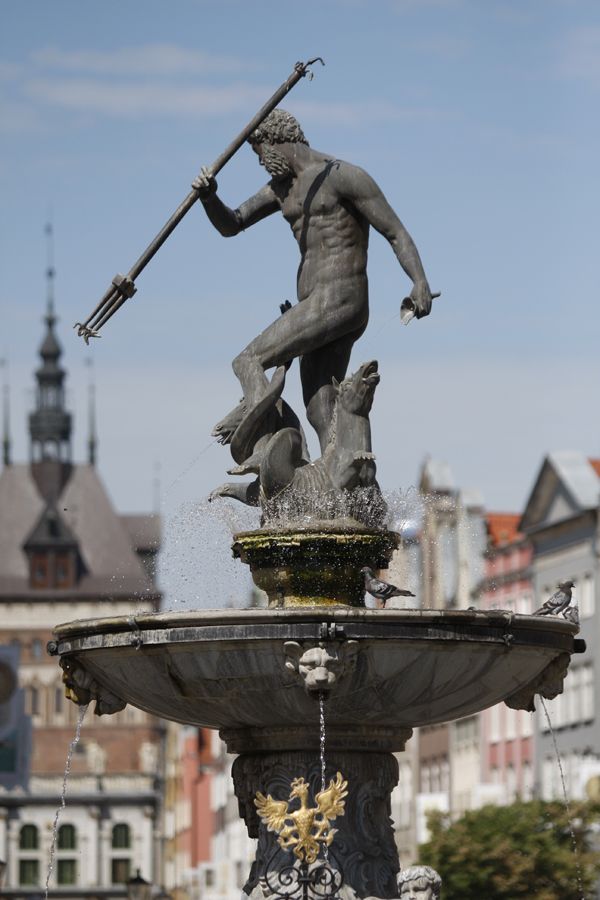 Standing since 1633 in front of the Artus Court. The Neptune Fountain is the symbol of Gdańsk. The initiator of its creation was the mayor of Gdańsk Bartłomiej Schachmann. The figure of Neptune refers to Gdańsk's connections to the sea. 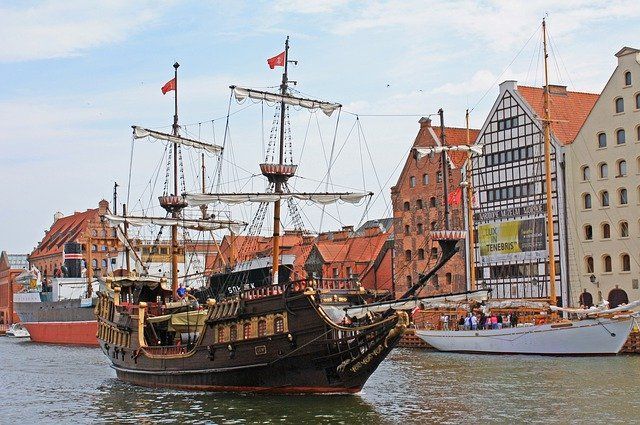 In August 1980, a strike at the Gdańsk Shipyard, led by Lech Wałęsa and the rise of Solidarity, attracted the attention of millions of people. It was these events that gave a huge impulse to freedom movements around the world. Contemporary Gdańsk is a modern European metropolis, a knowledge-based economy, a dynamically developing centre of culture, science, entertainment and sport, an attractive tourist destination and the world capital of amber.