An interview with Prof. Alexiei Dingli, former mayor of Valletta and a lecturer in artificial intelligence 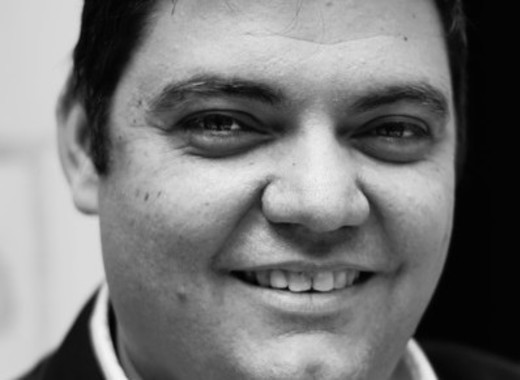 Prof. Alexiei Dingli is the former mayor of Valletta. Alongside his academic career, he served ten years as mayor of the capital of Malta before resigning in January 2019. Currently he is Head of Department and professor in Artificial Intelligence at the University of Malta.

Prof. Dingli, you are part of Malta.ai Taskforce, which was established to devise the National Artificial Intelligence Strategy of Malta. Can you tell us a bit more about how the idea was born, at what stage is it now and what motivated you to become part of it?

Malta being a small Island without any natural resources needs to reinvent itself all the time in order to stay relevant on the crest of modern innovation and to boost its economy. Because of this, the government of Malta identified a number of National Priorities. Last year, it was the year of Block Chain. This year it is the year of AI and the coming years will see us venture into other emerging fields like Internet of Things (IOT), Space and Quantum technologies. At this stage, we are drafting the Malta.AI strategy for the coming decade. There’s a widespread consultation going on and there’s a lot of excitement from both the local community and foreign investors. We will be presenting and launching the final document towards the last quarter of this year.

Malta is aiming to become a Top 10 AI country. In your opinion, what sectors or niches can you target to become competitive alongside giants like China which has considerable advantages in terms of human capital and funding? In what ways can the small size of Malta be turned from disadvantage into an advantage?

We understand that we can never compete with larger countries like China simply because of scale. But if we focus on a niche market, not only can we excel but we can also deploy such solutions nationwide with ease, something which large countries cannot do. Because of this, I believe that the two areas which we should focus on are the use of AI in public administration and education. The reason is twofold. If we manage to perfect the use of AI in public administration, it will have a trickling positive effect on all the other sectors. The use of AI in education will only boost our human capital which we consider as being our only natural resource.

"Malta is an ideal place ... to test small projects and launch ambitious initiatives"

In our case, we consider our size to be our advantage. Just keep in mind that in an area of a few Km2 you have the whole dynamics of an entire country. Something which is quite rare if not unique. Furthermore, being a member of the European Union provides access to one of the largest markets in the western world. So, Malta is an ideal place as a testbed from where to test small projects and launch ambitious initiatives. In fact, the first draft of our Malta.AI document was positioning Malta as being an AI launchpad.

As a lecturer you have spoken about clash the between the existing system where everyone is supposed to learn the same things vs a possible new one where we get abilities-based personalized education. How do you imagine the realization of this and how can AI help?

Education is facing various challenges at the moment and needs to be reinvented. Some of the methods used have been inspired by the industrial revolution when an assembly line one-size-fits-all approach was setup in schools.

Today, teachers are struggling to manage the number of students in a class thus making the quality of teaching inconsistent. Furthermore, they have to deal with students having different abilities in the same class which makes it impossible to give each and every child the individual attention they deserve. In most cases, students with low abilities might not get enough assistance to help them improve, whilst students at the higher end, do not get enough help to get them to excel. At the end of the day, teachers are swamped with never ending corrections which take away precious time which should be used by the teachers to improve the quality of their educational offerings.

On the other hand, students might find their class boring when compared to the exciting world of tablets, gaming consoles, etc. They are not excited when faced with resources or methodologies, some of which have not been updated for years. The amount of work given to them, both at school and at home, might be either too easy or overwhelming for some. The situation gets even worse when these children have no one to refer to at home for assistance. Finally, when faced with the dreaded exams, some of them tend to panic and fare badly.

Because of this, I am working on the creation of an Artificial Intelligence System designed to manage most of these concerns. The system is preloaded with ready-made curricula based upon what is required by national governments. Teachers are also welcome to add their own material to the system. When a teacher delivers a lesson, she simply instructs the system to give the class an exercise on a particular topic. The system will then check the profile of every individual child and give him (on his personal electronic device) a tailor-made exercise which is neither too easy, nor too hard. Furthermore, if the child gets stuck, the system will assist him with supplementary explanations inbuilt in the system. The level of explanations can also be tuned to match the abilities of the student. At the end of the exercise, the system automatically corrects the worked exercises and provides immediate feedback. These exercises form part of a continuous assessment methodology implemented throughout the system. This avoids students from undergoing a final exam (since all the information is being gathered throughout the year) and it also feeds the Artificial Intelligence system valuable analytics which can be used by the teacher. Through the analytics module, the Artificial Intelligence system will also predict and flag students which will be facing challenges in the following weeks so that the teacher can intervene on them directly. The same methodology can also be used at home, where the homework is automatically generated by the system and appropriate explanations are provided to help the student get through it. Furthermore, gamification elements will be implemented in order to get students to do more work whilst enjoying themselves.

Through such a system, we believe that the teacher can focus on those students really in need. This will be done on a case by case basis (since a child with low abilities might require a lot of assistance but a gifted child might also require assistance in some topics), thus creating a fairer educational system which is personalized for the needs of each and every child.

You have served as Mayor of Valletta for 10 years. Could you tell us which technological changes introduced in the capital city do you appreciate most?

There were various but I think one of the most important was the Valletta Travel Information System (vatis.info). The overall objective of the project was to develop software and a smartphone app to provide an interface for users to access traffic information. This provides the information and supports travellers in their decisions about travel to and from the city.

The technology behind the VaTIS smartphone app is connected with the local CVA system which uses an automatic number plate recognition (ANPR) system to detect vehicles at various points around the city. This is the first time that such information is being made public and available to travellers.

The Valletta Local Council manages and populates the road closure information through the website back-end, thus providing timely information to residents and visitors about works being undertaken in the City. It also has a versatile system architecture to allow for further expansion through other projects. The app provides real time information about the traffic around the city but is also able to visualise the traffic patterns of the previous week.

While engaging with travellers through the provision of information, the user also contributes information about their journeys. This will further enhance the information base of the app and subsequently the services it can offer. Since the system uses real-time information it ensures a reliable delivery of information to users.

The website also features the information for those preparing their journey in and out of the city from their homes or offices. Road closure information is displayed on the map with further information available on the nature of the road closure and the dates and times of closure. This type of information is also meant to help drivers avoid potential bottlenecks and reduce congestion in the city’s narrow streets.

These innovations in transport information are becoming increasingly important to counter the growing levels of congestion in cities. Many urban areas are suffering from congestion and all have limited space resources to accommodate more traffic.

In addition to this, the negative impacts of traffic on the environment and public health are further encouraging authorities in many cities to try to reduce motorised traffic through the introduction of restrictive measures but also through the use of smart technologies that engage people and provide them with information about their travel.

VATIS is currently in the second phase and in the coming months, we hope to introduce parking sensors across all the parking spaces of the city which can be visualised through the app thus helping commuters take informed decisions when approaching the city with their vehicle.

Finally, what innovations do you foresee for the local governments and the public sector in general that can be introduced in the near future?

There are many innovations possible. Some of them related to the analytics of governments whereby wastages can be reduced to an absolute minimum. But in my opinion, the most important and imminent technology will be chatbots possibly with the use of a voice interface. Good customer care is a big issue for all governments. With the rise of chatbots combined with e-government services, most of the queries currently being handled by an army of government employees can be taken over by bots thus offering a more reliable, consistent, 24/7 service which eventually brings governments closer to the citizens.