Museums contain collections of old, valuable and historical things. That, at least, is the common perception of them. What’s more, when we think of museums, we also think of the institutions themselves being old and established entities, kind of fixed and solid features, which tolerate no alternatives and have turned into cultural monoliths.

After all, the thinking is if you go to Paris, you must visit the Louvre, if you go to Florence, you can’t skip the Uffizi, and so on. The reality, however, is not as static as it seems, and in fact, new museums are constantly emerging on the cultural market all over the world. And this goes for Europe, too, the very same place where museums seem so firmly established as iconic symbols.

Let us present you, for example, to 3 brand new European museums, which only opened doors in 2021: The LUMA Arles (France), Bourse de Commerce (Paris, France) and the Humboldt Forum (Berlin, Germany). These are no quirky small-room collections of oddities, either. They have the ambition to be important points of reference in the tourism, cultural and intellectual worlds.

Another thing that we find that unites them is the approach to setting up the venues where their exhibitions will be hosted. After all, a museum imprints itself on the mind of the visitor not only through the content of its collections but also through the structure that houses them.

New museums, however, does not have to mean new buildings. And this fits the European context of our times perfectly. The trends of circularity, waste reduction, repurposing, recycling and reusing are more than just buzzwords – they are the vehicles tasked with carrying out the new direction of development on the continent. Plus, since this is Europe, there is no shortage of architectural heritage falling into disuse and in need of salvation.

In short, Europeans have a certain obligation to their heritage and from this stems their need to find a new life for it. These museums are both reminders of what used to be and what already is. Repurposing and rethinking are the keywords here.

Arles was the city in the French Provence where Vincent van Gogh spent some time and found his greatest inspiration, but also his greatest turmoil – it’s where the infamous ear-cutting incident occurred. The Dutch artist is also claimed as the inspiration behind the LUMA Arles’ most visible landmark, The Tower designed by the iconic Frank Gehry. It bears the unmistakable stainless steel profile of the architect, and it has already changed the skyline of the city.

Whereas most reviewers and critiques focused on Gehry’s tower to the disadvantage of its surroundings, it is in fact the sprawling campus of the LUMA Arles that requires as much or more consideration. For this is where the repurposing has taken root over a surface of more than 40,000 m2.

You see, the industrial buildings that form the campus were part of railway yards since the 19th century and all the way until 1984 when they closed, causing in their wake some economic decay in the Provencal city. They were abandoned for a couple of decades after that until Swiss art collector and pharmaceutical heiress Maja Hoffmann saw value in them and decided to bring them back to life with the help of artists.

“The presence of Nature has always seemed essential to me, and so the need to bring Nature into the unplanted wasteland of the former railway workshops of the French SNCF, was necessary, not just to improve the balance between the rough character of the site with a gentler presence, but also because I recognize the benefits to one’s mind and humour that this can have.

Cultural projects are mainly set in saturated urban surroundings where going to an exhibition or a cultural centre is synonymous with the end of this experience. I like the idea of the park being a prolongation of the visit in which walking around and contemplation add to the pleasure of the visit to the exhibitions, the screenings or the live shows,” explains Maja Hoffmann, who is also the President of the LUMA Foundation.

When she speaks of nature in this context, she is referring to the way the local biotope of the Camargue region had been integrated seamlessly into the industrial wasteland. 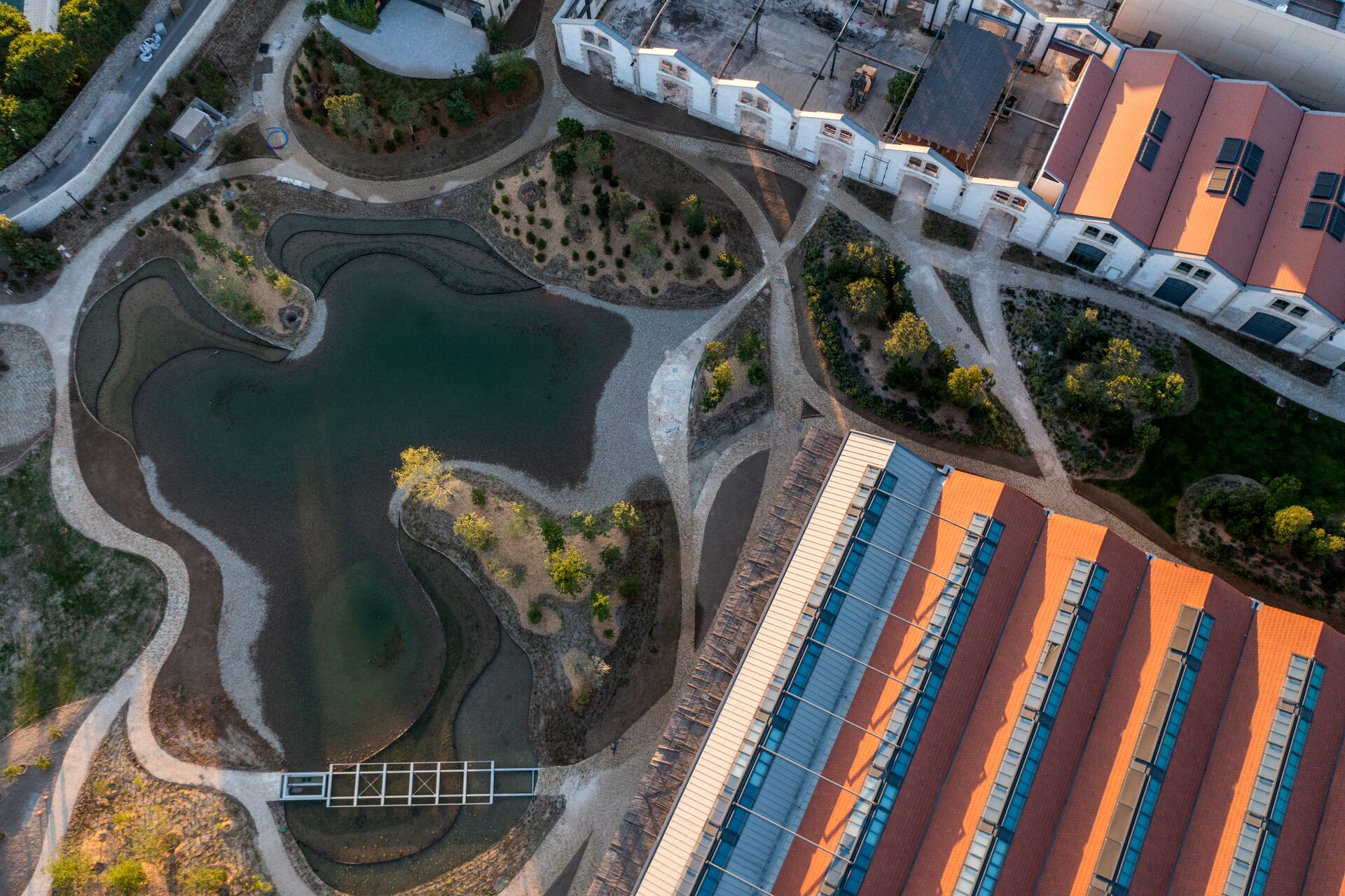 The venue promotes itself not just as a museum, but as a whole cross-disciplinary cultural platform – a thriving ecosystem of creative people and collectives, where they get to research, produce and experiment. What one can see and visit is art and ideas in progress. In that sense, Gehry’s Tower is merely a signpost pointing to the place where good things are happening.

Paris is surely a city that has no shortage of museums, yet it is also a city that has prided itself on having the credentials to lead the cultural front. In that sense, there is always some space to rethink and to add even without the need to build anew.

That is how the idea of giving a new life to the 18-century Bourse de Commerce circular building, originally used as a venue for trading grain commodities, was born several years ago. It is meant to be a 50-year lease agreement between the Municipality of Paris and French billionaire François Pinault.

Mr Pinault (a prolific art collector and father-in-law to Hollywood actress Salma Hayek) hired Japanese architect Tadao Ando to turn the former exchange near the Centre Pompidou into a vast contemporary art space – including a 300-seat basement auditorium, a projection room and a very fancy restaurant run by father and son Michel and Sébastien Bras. The museum opened in May last year with the plans to host 10 exhibitions a year.

Ando designed a 30-foot-high concrete cylinder as the centrepiece of the museum and arranged galleries off to the sides of it. The redesign boasts 32,000 square feet of gallery spaces on three floors and an underground auditorium. In essence, this created a building within a building effect and reinvented the interior of the domed exchange without disturbing its neoclassical exterior. 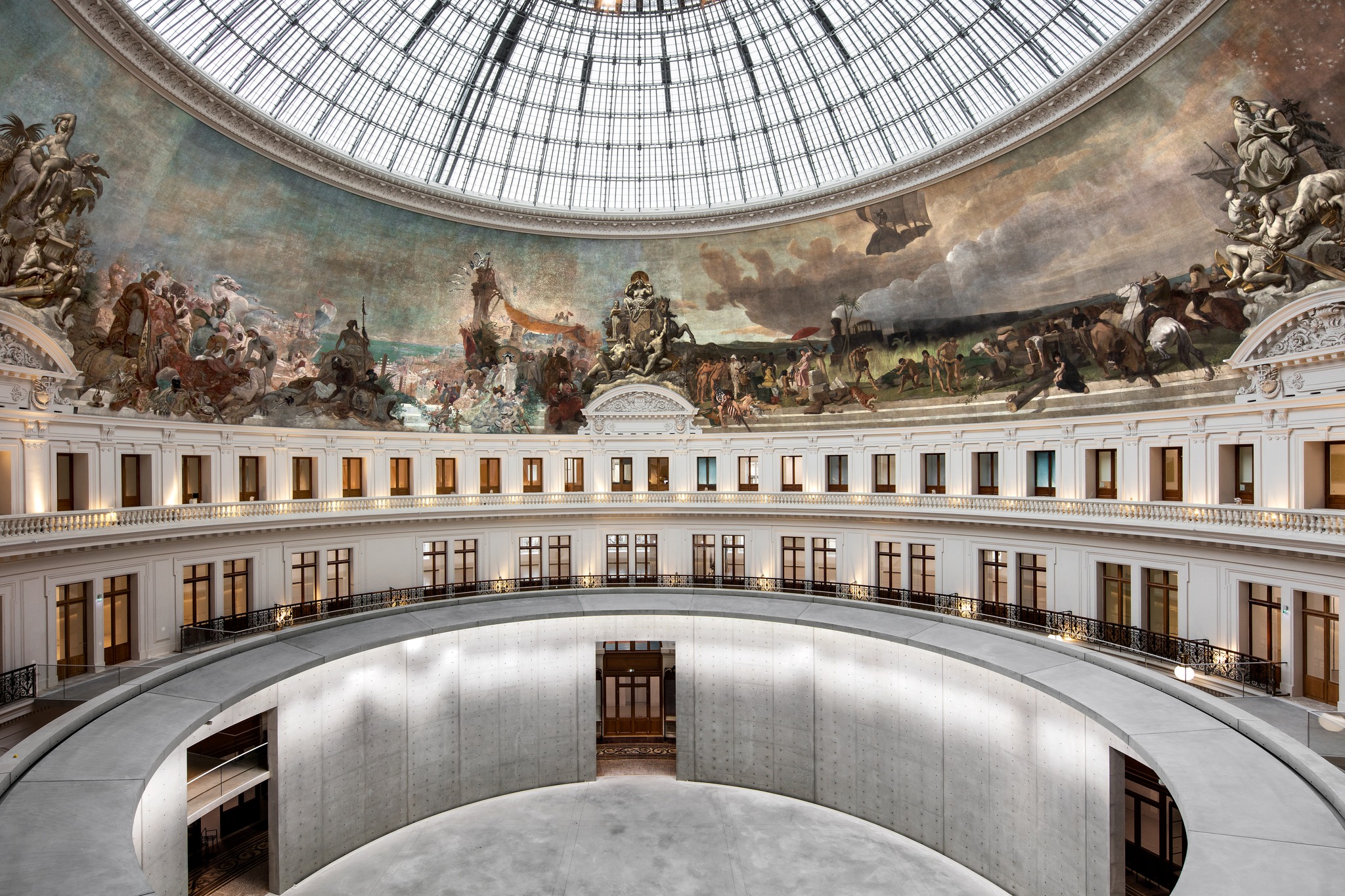 The case of the Humboldt Forum, which is the umbrella name for the building housing the collections of the Ethnological Museum and the Museum of Asian Art, presents yet another interesting, even if somewhat controversial, take on the idea of rethinking architectural heritage.

The current building is not old, at all. In fact, it was built between 2013 and 2020 as a copy of the former Prussian Royal (later Imperial) Palace. The original building, which itself had gone through various transformations, served as the home of the German Emperors until the deposition of the monarchy at the end of World War I. It was then converted into a museum. It suffered some heavy damage during the bombings of World War II and with the establishment of the Communist-led German Democratic Republic, the decision was taken to demolish it in 1950.

The regime then decided to erect the so-called Palace of the Republic in its place, which served as Eastern Germany’s Parliament from 1976 till 1990. The reunification of the country then once again meant reconsidering what had been left as an architectural heritage from the previous era. The Palace of the Republic itself got demolished between 2006 and 2009 and replaced with a park.

That, however, left a gaping hole and disbalance in the outline of Berlin’s Museum Island in the heart of the city. There was a lot of ongoing debate on what should be done with the space with different groups lobbying for different outcomes. Ultimately, the decision to restore the Royal Palace under the name Humboldt Forum (to honour the German brothers, who were the most renowned explorers and naturalists) as a venue for a museum prevailed.

The resurrection of the building, however, was not meant to glorify the past and German leadership. Italian architect Franco Stella rebuilt the Baroque facades on three of the walls but kept the eastern one as a modernist rendition. Yet controversy was attracted by the decision to fill the museum with non-European artefacts, thus reminding of the colonial past of Germany. 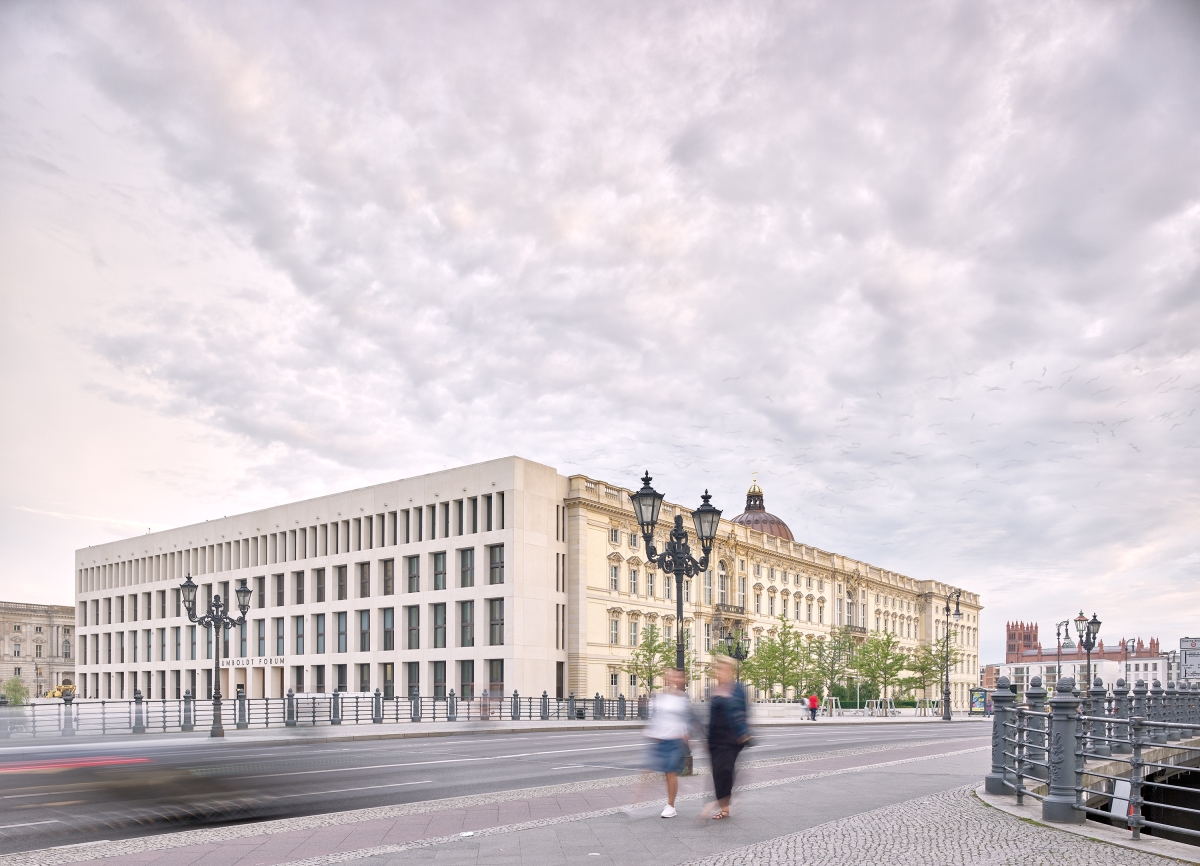 To Hartmut Dorgerloh, the Director of the museum, however, the importance of the site itself and its place in history should not be neglected.

He states: “Remembering the history of the place is a central task with a focus on the Royal Palace, the Palace of the Republic and the Humboldt Forum itself. Because in a few years you will have to explain why things turned out the way they did and what the general conditions were. Throughout the building you will find traces of the history of the place. But remembering cannot be limited to symbolic actions, such as simply displaying a piece from each building. We do that too, but it's also about actively dealing with history.”