Let your amorous intentions be known throughout the French capital, because if not there, where else?

Let your amorous intentions be known throughout the French capital, because if not there, where else?

No more blue Mondays in this educational institution

No more blue Mondays in this educational institution

Nuška Gajšek was born in Ptuj where she attended Ljudski Primary School. She later graduated from Ptuj High school and studied political science at the Faculty of Social Sciences in Ljubljana. After completing her studies she worked at the European Parliament in Brussels. In 2008 she returned to Slovenia and worked at the National Assembly as an expert for the SD group.

In 2014 Gajšek was elected as a member of Ptuj’s City Council and led the SD group. She was one of the most active members of the Council, submitting over 170 proposals, initiatives and questions. In 2018 she ran for mayor of Ptuj and was elected in the 2nd round of voting, becoming Ptuj's first female mayor. 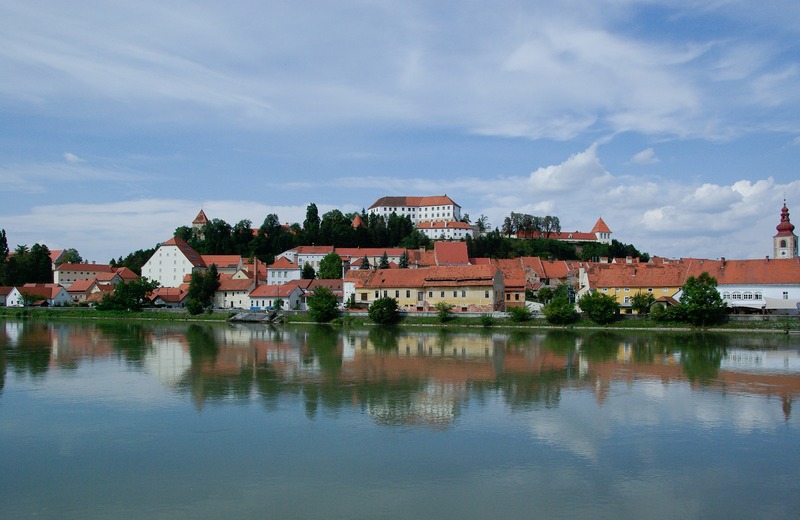 Mayor Gajšek, please describe the beautiful Municipality of Ptuj in a few sentences.

Ptuj, which is the oldest documented city in Slovenia, and has celebrated its 1,950th anniversary since it was first mentioned in written records, is a true treasury of millennia, a city of extremely rich cultural heritage, as evidenced by the fact that the entire central part of the city is under monument protection. The city happenings are extremely lively, with a wide variety of festivals taking place throughout the year, including those that preserve our traditions as well as contemporary music and fine arts festivals and many other events.

Upon arriving in the city, Ptuj Castle addresses us with its mightiness on the left bank of the river Drava, and we can walk through ancient streets and squares. We are proud of the city's more than seven-centuries-old tradition of wine production and cultivation in the Ptuj Wine Cellar, the traditional Kurentovanje which represents the central ethnographic Carnival festival in Europe and around the world under the official auspices of UNESCO, and the Roman Games when the city goes back to the time of the ancient Romans. There are many things we are proud of, and which make our city worth a visit.

You are the first female mayor of Ptuj. What are the biggest challenges in your everyday work?

I've been mayor of this city for a little over a year now. Although I was a city councillor before, and I was familiar with the work of public administration as well, as mayor I met with quite a few novelties, got to know a completely different dynamic and thus created a true picture of what is happening in the city.

For me, this is a new story that was quite instructive in this first year. I got to know many individuals, actors in various fields, societies through which I got to know this city even better. And I'm proud of this city myself.

The biggest challenge was how to pick up the pace of municipal administration in the short term, in terms of getting to know as quickly as possible what our citizens were facing, so that we could move as quickly as possible towards solving their problems. I claim that we are their servants, so to speak, so we must care about their needs. Only in this way can the city develop further, when the needs of those who live here are first and foremost fulfilled.

One of the main aims of the Municipality of Ptuj is to become a provincial center of business opportunities and a stimulating environment for innovative companies and investors. What is the municipality doing to attract new investors and strategic projects?

The economic situation in Ptuj has been improving in recent years. Unemployment has fallen significantly, employment is increasing, businesses are showing better results, and there is increasing interest in business premises and land in commercial zones.

There is also increasing interest in multi-dwelling and individual construction, which gives the city's residents better housing opportunities and leads to less emigration elsewhere due to employment. The municipality also intensively uses the most important instrument within its competence - the preparation and adoption of spatial planning documents that enable an entrepreneur’s placement and investment of funds in the development of their activities.

We want to make Ptuj a desirable destination for domestic and foreign investment, with an advanced and efficient business system and higher value-added activities, through investments and a joint approach to all competent and supportive development and educational institutions. That way, Ptuj will attract investors who know how to use the human resources educated in our schools, especially within technical fields: mechanical engineering, mechatronics, electrical engineering, bionics….

While attracting larger investors and promoting economic activities in business and industrial zones, Ptuj, the oldest Slovenian town, places great emphasis on the development of entrepreneurship and tourism in the old town centre, especially opening new accommodation facilities and various services. We also help entrepreneurs with grants through calls for tender, with an emphasis on self-employment, job creation and youth employment, co-financing of tangible and intangible investments, start-ups in incubators and parks, co-financing of public utility projects and others.

Through tendering procedures, we also co-finance rent reduction in municipal business premises. We began an active policy of revitalizing the old city centre through these financial advantages.

Ptuj is well-known for its fairs, wine cellars and thermal springs. How do you promote these strengths of the municipality?

The tourism promotion of the city is carried out by the Ptuj Tourism Institute, which, as part of its activities, promotes the destination rapidly through tourist fairs and exchanges, through study tours for journalists and representatives of tourist organizations and tourist agencies. We also integrate everything the city has to offer into tourism products that we promote through all existing channels: the Ptuj website, social media accounts on FB and Instagram, and via e-news. We also pay a lot of attention to B2B marketing segmentation.

Ptuj also boasts a rich cultural calendar. What is the municipality planning for its cultural programme this year?

In Ptuj, we witness a rich cultural event calendar throughout the year, numerous events for different generations and tastes. Winter is the time of Kurentovanje, summer streets and squares breathe with the Art Stays Contemporary art festival, the Arsana International Music Festival and Days of Poetry and Wine, Roman Games and medieval displays as well as traditional fairs. Autumn is for wine events, and December is a festive fairy-tale.

How would you evaluate the necessity of a portal that brings together the best practices of European municipalities and aims to keep its citizens informed about the latest developments in local policies, such as TheMayor.eu? How can our platform be useful to your administration?

What are your main goals and what are you planning to develop in the near future to make Ptuj a better place to live in?

There are always many goals. I wish we could talk about Ptuj as a development-oriented city full of people who love to live here. To bring new study programmes to the city, to provide for non-profit housing, for young families, for sheltered housing, to do everything in the direction of making Ptuj richer as an archaeological site.

We are in the running for the 2025 European Capital of Culture. For Ptuj, as the oldest Slovenian city, the ECoC can represent a tremendous opportunity that will not only bring positive development to the city, but will also have many effects in the field of economic growth, and above all, to help connect the city together as a community.

The application was joined by 20 municipalities, which identified development opportunities across the region in the application. We still have a lot of work to do, but I believe in the potential of this city and the people who work and operate here.

I wish for such investments that will enable the municipality to realize its ambition to turn Ptuj into an innovative, creative, integrative and advanced city. A city that responds effectively and meets the needs of each individual.

To find out more about Ptuj, visit the profile of the municipality.

All
Bulgaria / Vidin / Politics and Reforms / Welfare and Health

The subsidy will apply to single women, couples and families

The aim is to have a carbon impact of only 2.5 kg of CO2 per square metre per year

The government has set aside a 150-million-euro pot, which is supposed to replenish once the properties are resold

Highways are opening up for solar in Baden-Württemberg

Regional authorities have identified 260 roadside areas suitable for solar farms; so they are looking for partners

All
Romania / Timișoara / Culture and Tourism

The subsidy will apply to single women, couples and families

Teens can discover the New European Bauhaus with dedicated routes

The new itineraries are part of the DiscoverEU programme, which lets 18-year-olds travel by train between important European sites

Highways are opening up for solar in Baden-Württemberg

The first Tommy Hilfiger café in the world opens in Milan

Bruges’ first gender-neutral toilet is already in use