Yesterday, UNESCO announced that eight new sites will receive the Global Geopark label. The selection this year consists of eight locations, with six located in the European Union, stretching from Finland to Greece, to Luxembourg. The other two locations are in Brazil.

The label was established in 2015 to highlight sites with a unique geological heritage, as well as cultural significance and the importance to local biodiversity.

Sites that receive the Geopark label then have the opportunity to better serve local communities, by combining a unique geological and biodiversity make-up, as well as institutions promoting sustainable development.

The Nordic countries in the European Union are quite famous for their well preserved and absolutely gorgeous natural landscapes with fjords, granite peaks, lakes and glaciers. It is no surprise then that two sites received the Geopark label - Salpausselkä, near Lahti, Finland and Platåbergens, near Göteborg, Sweden.

Salpausselkä in Finland covers an area of more than 4,000 square kilometres and is home to 177,000 people. Around 21% of the Geopark is covered in lakes and the rest is forests, as it is located at the southern edge of the Finnish Lakeland. The region is absolutely covered by sediments deposited by glaciers. In some cases, this means massive rock formations, which store an abundance of groundwater and provide the region with high-quality drinking water. 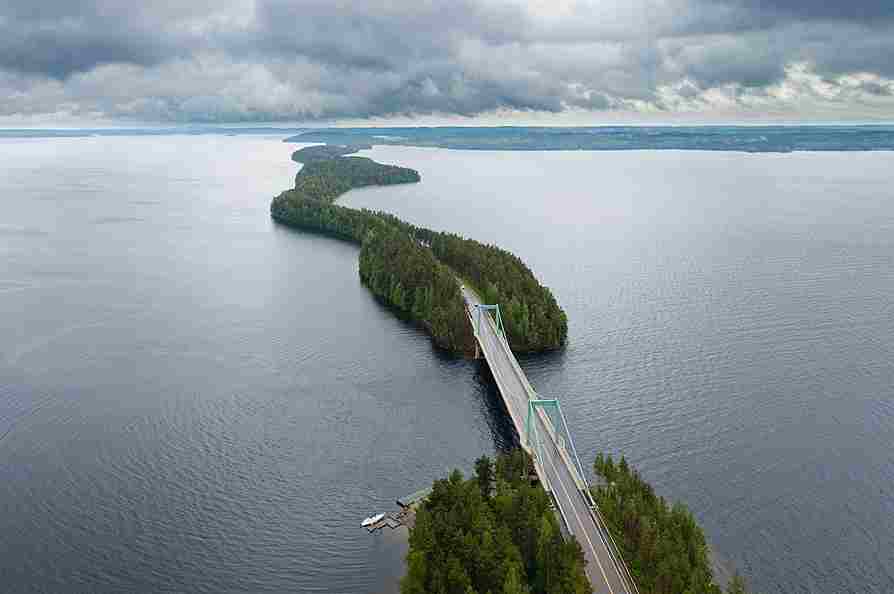 The Platåbergens site in Sweden, on the other hand, covers an area of 3,690 square kilometres and 289,198 inhabitants. The Geopark consists of 15 flat-topped Table Mountains after which the area is named. The mountains were shaped by erosion during the last Ice Age and now present a rugged, yet fascinating cultural and natural site.  Platåbergens is home to some of Sweden’s most interesting archaeological finds, ranging from megalithic grave sites to the first known stone church the Christian Vikings built in the 11th century. 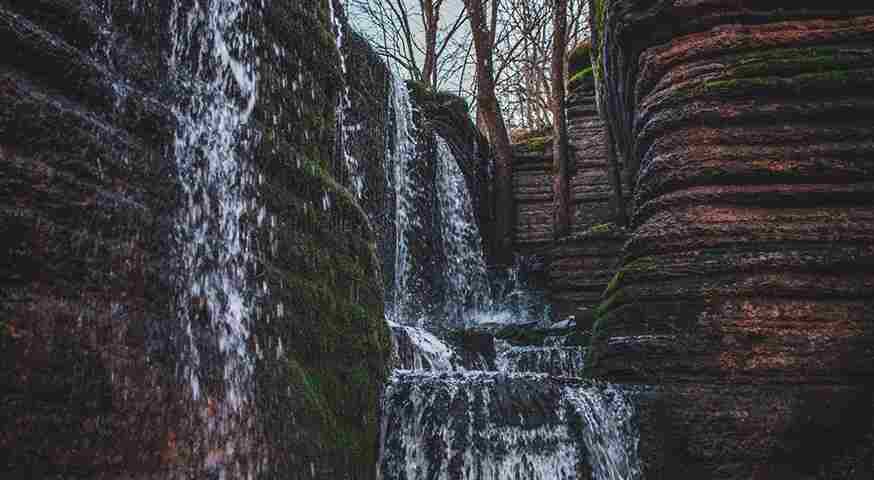 The next two locations on the list are further south with one of them being the Ries Crater in Bavaria, Germany and the other - Mëllerdall in Luxembourg. Although not particularly famous for their landscapes, both countries offer some pretty unique and arguably underrated natural features.

The Ries Crater, for instance, is the largest preserved asteroid crater in Europe. It covers 1,749 square kilometres and is home to around 162,000 people. Currently, the crater is home to a well-populated valley with several towns. The largest is called Nördlingen and features the classic German Medieval experience with winding cobble streets and colourful hoses leaning over pedestrians.

The Mëllerdall site in Luxembourg, on the other hand, is home to a Sandstone formation with a thickness of 100 metres in some areas. The 256 square kilometre area is home to more than 25,000 people, while the rock formation itself can be explored through a maze of hiking trails, which won the Leading Quality Trails – Best of Europe award.

Further south, the Geoparks selected by UNESCO hold an air of mysticism about them, with Buzău Land rumoured to be the home of giants and the Kefalonia-Ithaca islands in Greece named as the home of Odysseus.

Buzău Land in Romania covers more than 1,000 square kilometres and is home to 45,000 people. The unique geological features of the area were the result of several tectonic plates colliding, thrusting and folding in the region. Furthermore, the area was scared by glaciers and used to be a sea bed, meaning that it is rife with fossils. Also, the region has some of the longest and deepest salt caves in the world, as well as mud volcanos – featured in local folklore as housing dragons or as traps that giants lay to catch cattle.

On the other hand, Kefalonia-Ithaca occupies an area of 890 square kilometres and has a population of more than 35,000 people. Both islands are home to unique karstic geosites like caves, sinkholes and underground streams, telling of a rich geological history that goes back more than 250 million years. The geopark itself is home to Hellenistic and Roman monuments, medieval castles, Byzantine and post-Byzantine monasteries, and a rich cultural heritage scattered over the area’s extraordinary geological features. 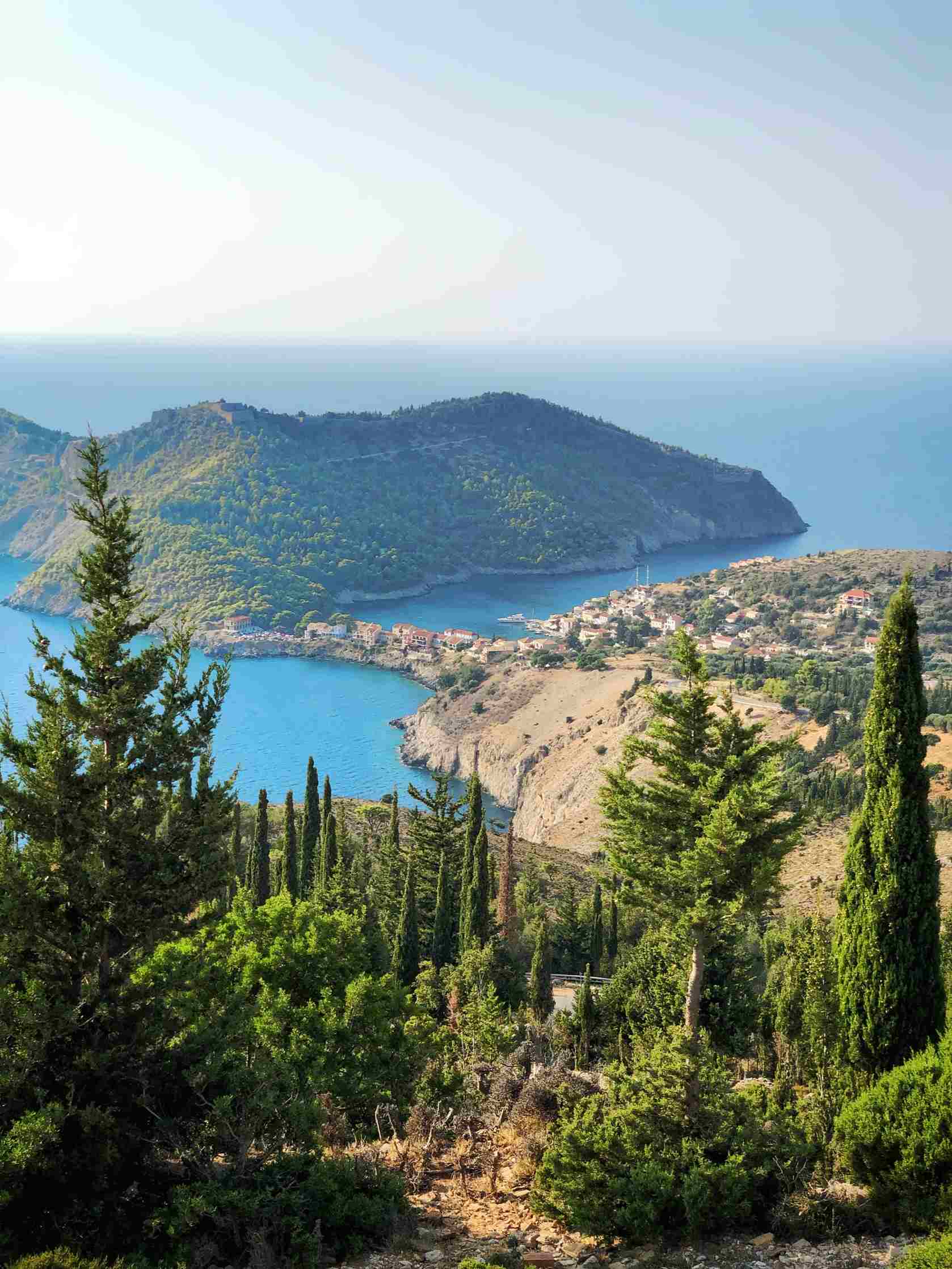