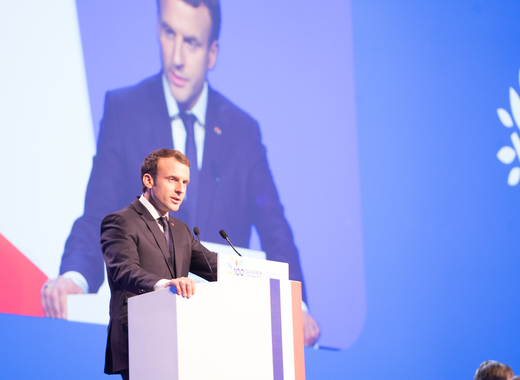 France and the German region of Bavaria decided to brave the circumstances and not cancel the local elections that had been scheduled for 15 March 2020. Amid the COVID-19 outbreak, many citizens and politicians were urging their governments to postpone the vote, yet it would seem democracy can’t be stopped – until you don’t have a choice.

During last Sunday’s local elections, the novel Coronavirus that has been on a rampage throughout Europe and the world claimed yet another victim – voter turnout. Fears, lockdowns and quarantines led to a substantial drop in terms of electoral activity throughout the whole of France and Bavaria.

With the coronavirus being especially dangerous to the elderly, they were the ones who most likely preferred to stay home. Adding onto that the fact that the older generations are also those who tend to vote the most and average the highest turnout, it should not come as a surprise to the winners in last week’s first rounds when their legitimacy is questioned a few years down the line.

Another side effect from the pandemic plus elections cocktail is the opportunity for citizens to quickly pass judgement on their central, regional and local authorities’ efforts in combating the spread of the virus. There is no doubt that parts of the population who went to the voting booths had their final decisions shaped by the events of the past couple of weeks.

Central, regional and local authorities were judged not only based on their accomplishments, achievements and failures throughout the last few years, but also by how quick they responded to the crisis that has gripped the continent.

Yet some voters will have a chance to cool off for a while, as both France and Bavaria have announced some changes to the electoral process concerning these latest elections.

In the case of Bavaria for example, the second round of voting is scheduled to be held in two weeks’ time – on 29 March. Yet authorities are not going to be gambling the lives of their citizens a second time. While the vote is still scheduled to take place on the same date, it will only be conducted via postal ballots.

The effects of such a decision are two-fold. On the one hand, and in the short term, it will prevent a singular mass gathering of people at polling stations. Yet on the other, the effects of the decision to not delay the 2nd round and conduct it remotely instead might be negative in the long-term.

Without a doubt, postal ballot vote only will lead to a further drop in voter participation. This, in turn, would provide ample ground for populists and anti-establishment politicians to further question the legitimacy of the elected officials. And who can blame them if only a fraction of the populace exercised their right to vote?

The French approach, on the other hand, is different. French President Emmanuel Macron cancelled the 2nd round of elections that was scheduled to take place this week on 22 March and decided to postpone them. While it is still unknown when it will be held, one thing is certain – his decision was greeted with approval from pretty much every political circle, thus solidifying a crisis-imposed consensus in the country.

With Bavaria deciding to still hold their 2nd round in two weeks, the impact of their local elections can be felt more acutely, as the final outcome will still be reached on schedule (barring any further crisis-induced measures).

The main story of the elections, besides the ongoing pandemic, was the fact that the centre managed to hold onto its positions in Bavaria. The Christian Social Union (CSU), the Bavarian sister party of the national Christian Democratic Union hold onto many of its strongholds but suffered heavy casualties.

Said losses were mainly inflicted not by the far-right Alternative for Germany, but rather by the Greens, who have surged in popularity over the last year. After last week’s elections, they have become an indispensable part of coalition building across the German region.

Thanks to their strong showing, the Greens will be able to further solidify their image and promote their agenda on the local level, thus priming them for an even stronger showing on the national stage in the future.

The SPD, meanwhile, remained somewhat stagnant. Which, given the situation of the party on the national level, might be a good thing. The most notable example of a “victory” for the SPD is the fact that the mayor of Munich, Dieter Reiter, almost managed to win reelection in the first round – garnering over 48% of the vote.

If governing a country in such a crisis wasn’t bad in and of itself, then getting a sudden gut-punch in the first round of local elections certainly made it worse. Such is the life of French President Emmanuel Macron.

His party La République En Marche! (LREM) suffered its worst day at the polls since it was first created a few years ago and went on to secure a majority in the country’s parliament. Macron’s gravitas proved insufficient to convince voters that his party’s candidates deserve their votes and he struggled to overcome one of the greatest hurdles in local politics – recognizability.

Traditional parties that have been around for far longer stood their ground, for the most part. The networks that they had built over the decades and the support from locals who prefer the old to the new, combined with the president’s unpopularity led to many mayors from the almost-defunct centre-right and centre-left parties to retain their seats and live on to fight another day.

Macron’s bad night and the surrounding crisis do have a silver lining for the French president, however. They have allowed him to do what he does best – to appear on state television and talk directly to the nation, addressing them in times of crisis and stating that he intends to support everyone who needs help in these trying times – all the while being humbled by the dismal results of his own party.

The coronavirus crisis has allowed Macron to break away from the grips of protests and turbulence that have been an ever-present companion of his presidency. It has given him the opportunity to ascend and speak to the whole nation in a way he had not been able to do since he was first elected.

It is hard to remember a time when anything said by the incumbent president was met with overwhelming support – but times have changed, and so have public perceptions.

Unlike the UK, France and Bavaria decided to dip their toes in the elections water – and their democracies might have suffered from it. The fear-motivated electoral process, the easily measured absence of voters, and the surrounding crisis make for a bad environment to make clearheaded decisions. Yet trying times force leaders to gamble – and not every gamble works out in the end.