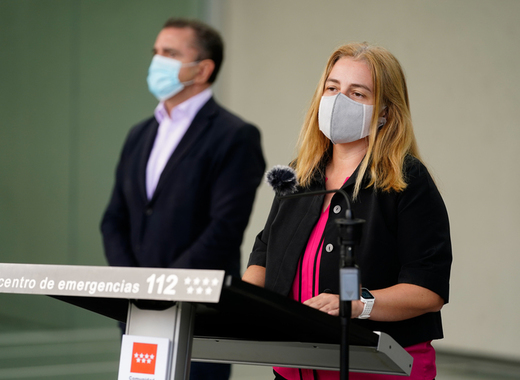 As of today, 13% of the Autonomous Community of Madrid population is back under some form of lockdown. This represents some 850 000 people spread across 6 neighbourhoods of the Spanish capital and 7 other nearby municipalities.

The regional authorities decided to go for a more targeted approach in lockdown measures this time, as rather than placing the entire city or region under quarantine it was deemed better to focus on those areas where the infection rates were more than 1000 per 100 000 inhabitants – perhaps the highest in Europe currently.

City Hall announced yesterday a special plan which will see placing 200 municipal police officers in 60 different checkpoints who will be in charge of controlling the movements in and out of said areas. Residents will only be allowed to leave these areas for reasons, such as work, business, school, attending to medical or legal matters or to take care of relatives in need.

The control plan “will focus exclusively on three fundamental aspects that the order includes: the mobility restrictions that have been established; monitoring compliance with schedules and gauging measures in the hospitality sector and trying to guarantee the home isolation of people with positive PCR ,” said Inmaculada Sanz, Safety and Emergency Councillor in Madrid.

She indicated that the plan is devised in collaboration with the National Police Corps and with the Government Delegation "with the aim of being as effective as possible in complying with the order of the Community of Madrid".

However, the measure does not only mean the placement of police officers but also beefing up social services' response by having 264 additional social workers sent to those areas.

The affected neighbourhoods in question are Carabanchel, Usera, Villaverde, Villa de Vallecas, Puente de Vallecas and Ciudad Lineal, most of which are in the south of the city. The nearby municipalities of Fuenlabrada, Humanes, Moraleja de Enmedio, Parla, Getafe, San Sebastian de los Reyes and Alcobendas are also under lockdown.