They will be in effect from Friday, 16 October 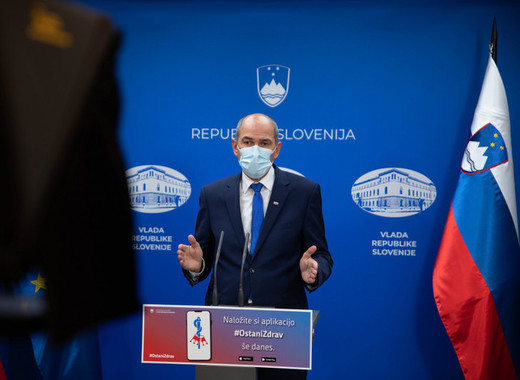 Source: Cabinet of the Prime Minister of Slovenia

The government of Slovenia has presented a new set of measures following the rapid spread of Covid-19 across the country over the last two weeks. They were adopted yesterday 14 October. Some will enter into force this Friday, while others come into effect on Monday for a period of at least two weeks.

Prime Minister Janez Jansa explained that the new measures fall within the government's pre-defined plan and if implemented properly, they can curb the further spread of the virus. He explained that currently among the 12 statistical regions of the country, seven are in the “red zone” where there have been more than 140 infected persons per 100,000 citizens over the last 14 days.

These are Posavska (Lower Sava), Jugovzhodna (Southeast), Savinjska, Zasavska (Central Sava), Osrednjeslovenska (Central), Koroška (Carinthia) and Gorenjska (Upper Carniola). Hence, some of the new measures concern the entire country while the rest are applicable only to the most concerned regions.

The country-wide measure restricts schools: from Monday onwards classes from the 5th grade and above, will be held at a distance and the same goes for secondary schools and universities. According to Prime Minister Janez Janša, the following will apply to the red regions:

Janez Janša also appealed to the mayors of those municipalities that do not currently fall within the red regions but based on the data are likely to join them, to adopt similar restrictive measures for municipal facilities and premises before the situation gets worse. He once more recommended that all Slovenians download the coronavirus warning app from Google Play or Apple Appstore under the name #OstaniZdrav (Stay Healthy).