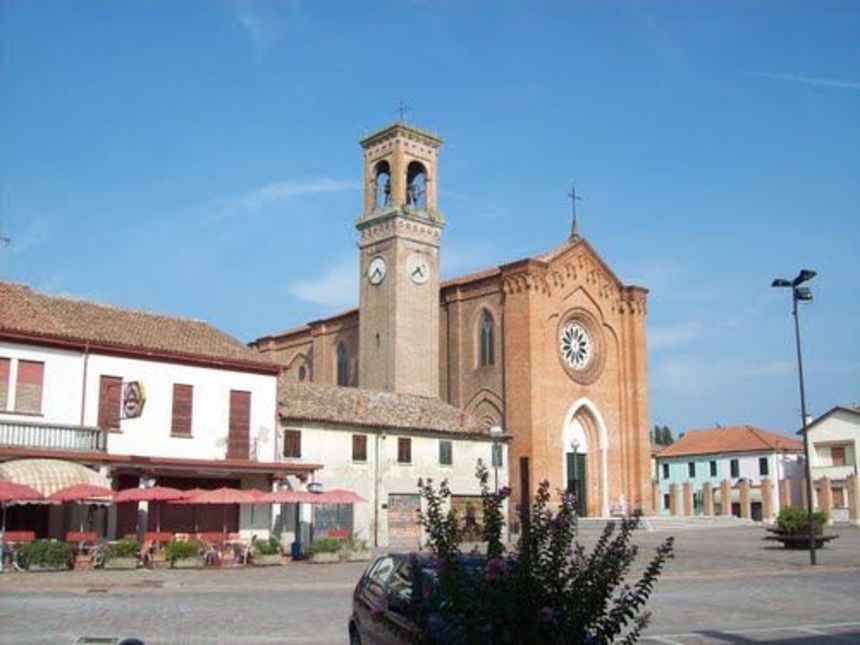 The first settlement in Castelnovo Bariano must have existed as early as the Bronze Age. This is evidenced by numerous finds brought to light in recent excavations in the Maròla, Canar, Ghinatella and Campagna Canova areas.

In the Middle Ages this territory belonged to the monastery of Nonantola. Later the Badrignano castle was built there, erected by the Countess Matilde of Canossa and donated by the same in 1109 to Landolfo Bishop of Ferrara. The castle was then attacked by the Mantovans in 1199.

In an unspecified period, a church dedicated to San Bartolomeo was built, which was perhaps later swallowed up by the Po. In the XIII century the territory passed under the Este family. The area was scene of various wars. In 1305 there was a dispute between the brothers of the Este family for dominion over the Duchy. In 1482 there was the terrible "salt" war between Venice and Ferrara which involved many other lordships. The Serenissima, declaring war on May 2, motivated the challenge with numerous reasons such as the liberation of the river ways, the revision of certain borders and the monopoly on the production of salt. The Duke of Ferrara begun to produce salt on his own.

Castelnovo, defended by Cristoforo da Montecchio, an officer of the Milanese allies, after an eight-day siege, was conquered by San Severino, the head of the land army of the Venetian Republic. The war lasted for three years with alternating phases. With the peace of 8 September 1485 Castelnovo was assigned to the Este family and remained under their rule until the end of the 16th century when, in the absence of legitimate heirs of the Casa d'Este, the territory passed to the Papal States.

The castle was then donated by the Estensi to the Camelli family, called de 'Pistori, and from these, by inheritance, it passed to the noble Cybo family of Massa Carrara.

In 1797 the territory was invaded by the Napoleonic army, and the castle was ceded to Giacomo Mayol, as a reward for his services to the Cisalpine Republic. Mayol chose it as his home providing the restoration and furnishings. His younger daughter, however, sold the castle to speculators who destroyed it in 1852-53.

In 1815 the Austrian dominion took over from the Napoleonic domain. This domination was opposed by the population who had created a new consciousness in contact with the ideas of freedom of the French.

The centers of Castelnovo, Bariano and San Pietro in Valle until 1848 were part of the territory of Massa Superiore. In that year they were constituted in the autonomous municipality of Castelnovo by the Austrians who in this way wanted to punish Massa for his adhesion to the independence movements.

In 1866 the territory finally became part of the Kingdom of Italy and in 1867 "Bariano" was added to the name "Castelnovo".

The economy of Castelnovo Bariano is based on services and retail. 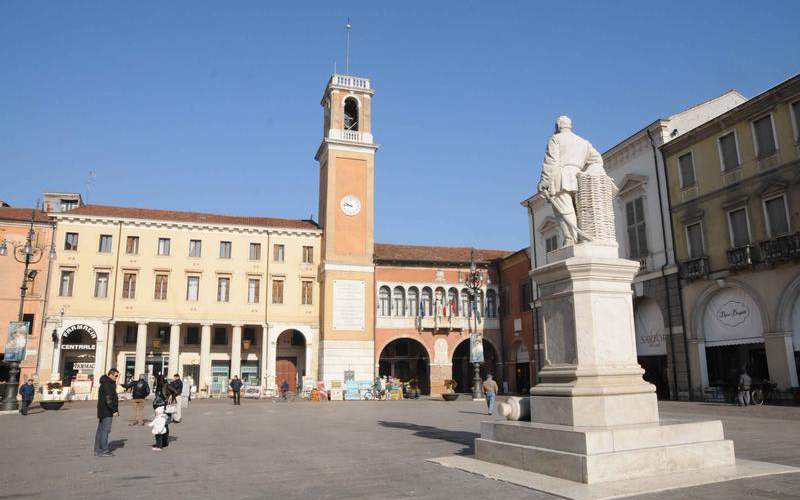 The Church of St. Anthony of Padua (20th century) built in neo-Gothic style is located in the center of the town.

The Church of San Pietro (18th century) characterized by two twin bell towers that delimit the facade, is located in the village of San Pietro Polesine.