Right before the start of the school year, kids in Sofia, Plovdiv and Ruse will be able to clear out their drawers and have a fresh start 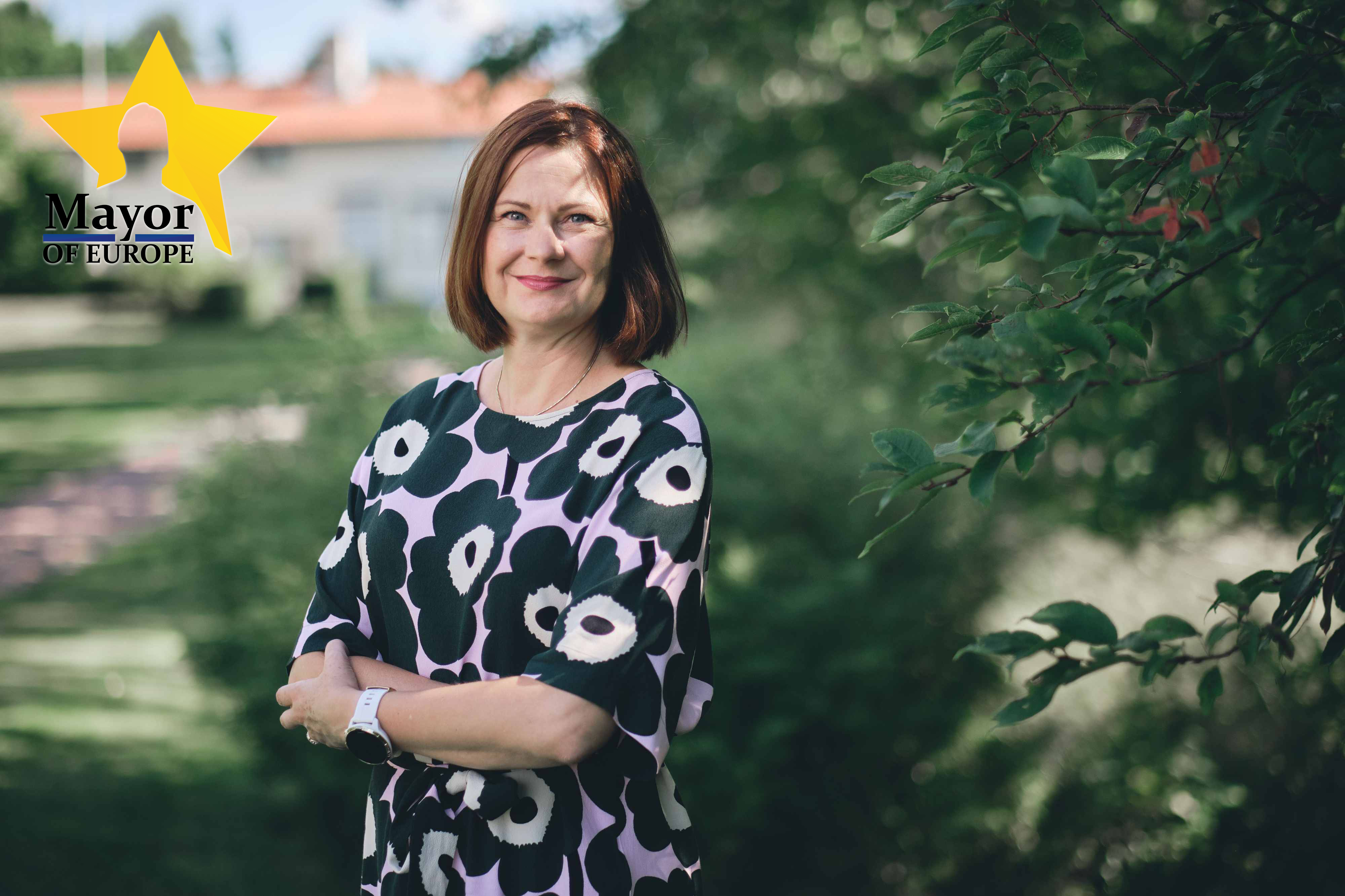 Turku is well on track with its climate plan implementation

Mayor Arve holds a Master's degree in Economics from the Turku School of Economics. She places a special emphasis on making her city climate-neutral, environmentally friendly and socially just.

Turku has plans to be climate-positive from 2029 onwards. How will the city’s investments in research and innovation help it accomplish this ambitious goal?

Turku’s climate policy, planning and monitoring are science-based and the city is working closely with the local universities and innovation ecosystem to implement the climate objectives. Turku’s urban research program, for instance, seeks to support the incorporation of academic insights into strategic development and decision-making.

Together with partners, Turku is developing new solutions in several research and innovation projects, such as the Horizon2020-funded RESPONSE where Turku’s student village is turned into an energy-positive district, and new energy, IT and mobility technologies are demonstrated. Procurement plays also a very important part, and as such Turku’s new procurement strategy emphasizes sustainability and innovation.

At the end of last year, you launched the Circular Turku roadmap which seeks to help the city achieve a resource-wise future with zero emissions by 2040. Can you expand on this roadmap and its key strategies?

Circular Turku Roadmap was developed together with local, regional and national stakeholders, with the support of ICLEI and Finnish Innovation Fund Sitra. The roadmap takes a systemic perspective to identify interventions and different roles that the city can play in advancing the circular economy.

The roadmap focuses on 5 thematic areas: food, construction, mobility, energy systems and water cycles. The strategy outlines the current situation, targets for 2029 and actions needed to reach the goals in each of the thematic fields.

To become a resource-wise society with no emissions, Turku must have the support of its citizens. How is the municipality encouraging residents to lead sustainable lives that will contribute to the achievement of its climate goals?

With the '1.5-degree life' campaign, the City of Turku encourages its residents to lead sustainable lifestyles. The name of the campaign refers to the limit for the temperature rise set in the Paris Agreement. The city and its subsidiary companies, which provide citizens daily services, (including local energy company, regional public transport company, universities, housing companies, water utilities, museums etc.) inform and enable citizens’ sustainable choices.

The utility companies challenging the citizens to climate action and facilitating behavioural change can have a great impact. A successful example is the TVT housing company’s water saving campaign, during which water usage was reduced by 4,1%, which means around 50 million litres of water (19 800 residents live in TVT buildings).

TVT housing company was providing residents with water meters and informing them about the benefits of saving water while providing tips for doing so. These kinds of collaboration models can have a big impact now with the rising energy prices and the need to reduce consumption.

How is the municipality involving young people in its decision-making and climate actions?

Turku is working actively on involving young people in the decision-making by providing them information and different platforms to participate. The aim is to empower to action instead of causing climate anxiety.

Turku Youth Council provides young people with the possibility to voice their opinions and influence the local policy-making. The delegates can participate in the meetings of the City Council, the City Board, and municipal committees, where they have the right to attendance and the right to speak. The Youth Council consists of elected representatives from secondary, upper secondary and vocational schools of Turku.

Another example of ways to include young people in the decision-making process is Turku’s participatory budgeting, which allocates 3 million euros every other year for projects proposed and voted by residents of over 13 years of age. This year, the city was seeking proposals specifically related to the well-being of children and youth and received overall 440 proposals.

Engagement methods are also piloted in various projects. For instance, the RESPONSE project set up a peer-mentor program for the residents in Turku’s Student Village, where voluntary student residents are supported and trained to share information about sustainable energy usage and mobility habits with their fellow residents.

What are some of the main challenges that Turku is currently facing? More importantly, how is it tackling them?

When it comes to the challenges linked to the climate plan implementation, Turku is well on track – we have already managed to cut emissions by over 50% from the 1990 levels and exceeded the milestone target for 2021. However, to reach the objectives more needs to be done. For instance, lowering the emissions of the transport sector.

We will develop a new Sustainable Urban Mobility Plan, to focus on making the public transport carbon-neutral and invest in improving cycling and walking opportunities. Turku is active in several international networks and was selected as one of the cities in the EU’s 100 Climate-neutral and Smart Cities Mission. Knowledge exchange and cooperation are valuable to find and implement best practices and find new solutions.

On a more general level, the city needs to invest in and attract a skilled workforce to answer the megatrends of digitalisation, urbanisation and climate change, to strengthen the competitiveness of the Turku region and impact positively the residents’ well-being.

Therefore, the development of skills and education is chosen as one of Turku’s flagship projects, in which cooperation between education organisations, research and innovation institutions and the business sector is further strengthened.

700 bicycles to appear on Turku’s streets this spring

What will Port of Turku’s new terminal look like?

In Finland, cities are part of a broad coalition working towards circular economy