France goes on lockdown, too

The 2nd round of local elections is postponed, the pension reform is suspended 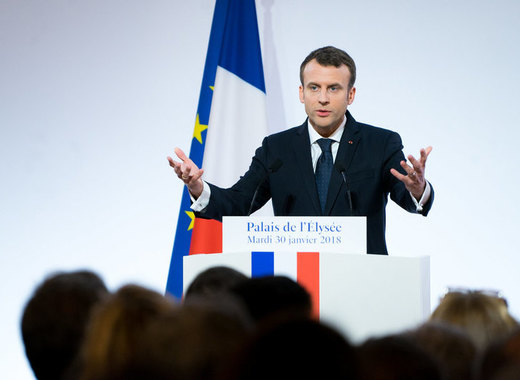 The entire territory of France is placed under quarantine for at least 15 days, announced the French President Emmanuel Macron yesterday evening, 16 March. The measure comes as a means to limit the coronavirus spread in the country and follows the examples of Italy and Denmark.

Limitations during the lockdown in France

Addressing the entire nation, the President explained that all inhabitants are requested to remain home, except for special reasons, like shopping essentials, work, physical activity but without interacting socially. Nurseries, schools, colleges, high schools, universities have been closed already.

On Saturday evening, the restaurants and all the businesses not essential to the life of the Nation also closed their doors. Gatherings of more than 100 people have been banned.

The limitations are in place for the entire French territory, including overseas and will be enforced strictly by the police and gendarmery.

France has never had to take such decisions - obviously exceptional, obviously temporary - in times of Peace, said the President. They were taken with order, preparation, based on scientific recommendations with a single objective: to protect us against the spread of the virus.

At multiple times Macron stated that the country was at war and referred to a health crisis. “We are not fighting against an army or against another Nation. But the enemy is there, invisible, elusive, advancing. And that requires our general mobilization”, the President continued.

Last weekend, the first round of the local elections was organised despite the circumstances. It took place on 15th March with a record-low electoral activity. Yet, the second round (scheduled for 22 March) has been postponed in view of the accelerated spread of the disease.

What is more, all current reforms would be suspended according to Macron, starting with the pension reform. This is so as all the resources of the government must be mobilised to fight the Covid-19 outbreak.

The victims of the new virus in the country reached 127, by the time of publication of this article.