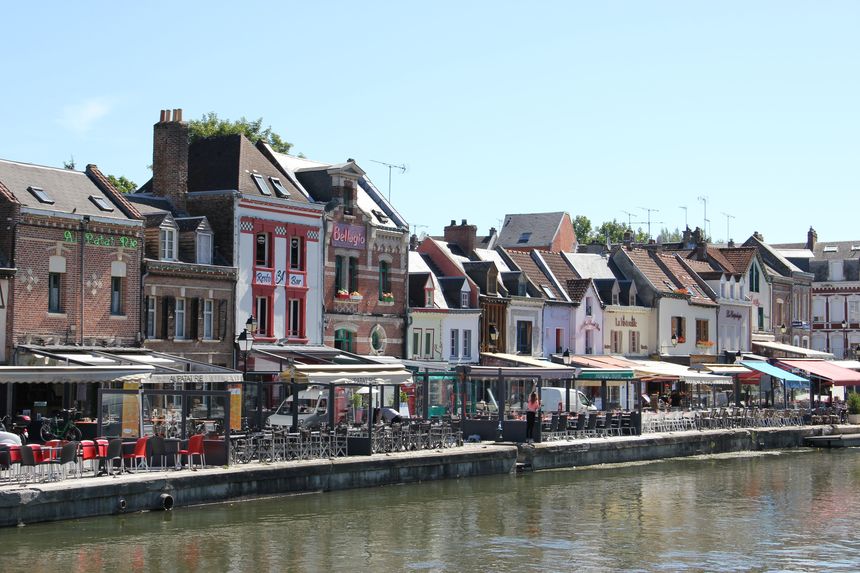 Amiens is the capital city of the Somme department, located in the Hauts-de-France region. Once a capital of Picardy in the Somme river valley, it is renowned since the Medieval period, among others, for its textile industry and the Cathedral of Notre Dame. The origins of the current name of the city could be traced back to the pre-Roman times, when the settlement was known as Samarobriva and the capital of Ambiani. Converted to Christianity in the 4th century by the Romans, its territory composed the countship of Amiénois. From the 5th century it has been part of Francia.

Famous also for the Peace of Amiens in 1802, which interrupted for a short time the wars of Napoleon. Following serious damages during the German occupation and the Two World Wars, the city centre of Amiens, which includes the 17th century City hall, had to be rebuilt entirely. Testimonies to the cultural history of the settlement are the 15th century church of Saint-Germain and the theatre with Louis XVI period façade.

Amiens is the capital of the Somme department. It is located in the Hauts-de-France and comprises 30 communes. The state of its current population is 133 755 people (Insee, Recensement de la population (RP), 1st january 2019). Its area is 350 square kilometres. Amiens ranks among the 7 greenest French cities. In 2020 Amiens will be the European Youth Capital.

Although the textile industry remains active today (for example, the Lee Cooper factory is located here), the city has oriented its production towards car manufacturing since the post-war period, and has become home to several tyre making companies. A large employer in Amiens is Procter and Gamble. Several call centres also operate in the city or the surrounding area. 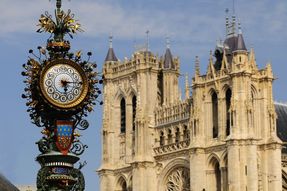 True testimony of prowess, the cathedral Notre-Dame of Amiens, listed as part of the heritage of UNESCO, it is an example of a great architectural harmony. Built from 1220 to 1288, its dimensions are of one of the largest Gothic buildings ever built: 145m in length, 42m in height and a total volume of 200,000 m3. His statuary is as remarkable as its architecture.

Since the restoration of its western facade, Notre Dame has become the main reference for the discovery of the polychrome of the Gothic portals.

Live an original experience with the show "Chroma L'expérience monumentale" and discover an infinite palette of shades revealed on Notre Dame d'Amiens façade. 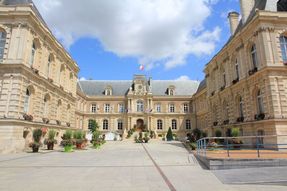 An emblematic monument of the Commune since the Middle Ages, chosen in the 19th century to welcome the signatories of the Peace of Amiens, the Town Hall continues to tell stories through its architecture and decorations. Its main facade, with two wings in return, reaffirms the function of the building within the modern city. The grid closing the main courtyard was dismantled in 1992, during the pedestrianization of the city center carried out by the Catalan architect Juan Roig. 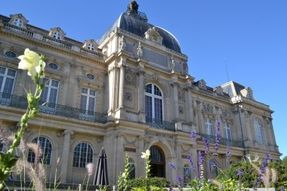 The regional fund of contemporary art of Picardy (Fracpicardie) was created in 1983 at the initiative of the Ministry of Culture and Communication and the Regional Council of Picardy. Its purpose is to build and preserve the culture of contemporary art, to disseminate the works acquired on the regional territory and to provoke the interest of a widest public.

Since 1985, the fracpicardie concentrated its artistic action in a specific field: drawing. On a sheet or in volume, single or in series, on the wall or in movement, graphite or light, gesture or performance.