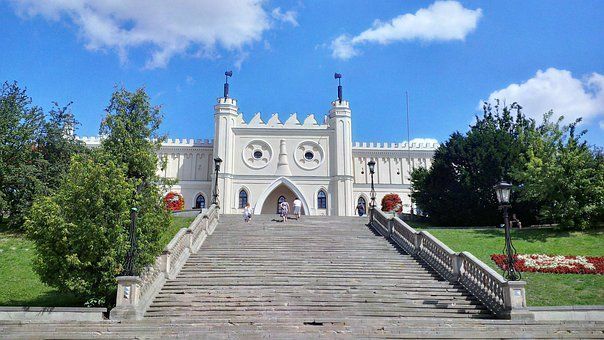 Old town of Lublin, by some tourists can be called "a little Krakow", and this is true by the citizens sharing a number of Lesser Poland traditions, historic architecture and a unique ambiance, especially in the Old Town. Catering to students, who account for 35% of the population, the city offers a vibrant music and nightclub scene Lublin has many theatres and museums and a professional orchestra, the Lublin Philharmonic.Old buildings, even ruins, create a magic and unique atmosphere of the renaissance city. Lublin’s Old Town has cobbled streets and traditional architecture. Many venues around Old Town enjoy an architecture applicable for restaurants, art galleries, and clubs. Apart from entertainment this area has been designed to place small businesses and prestigious offices. The Church of St.Josaphat was built in 1786.