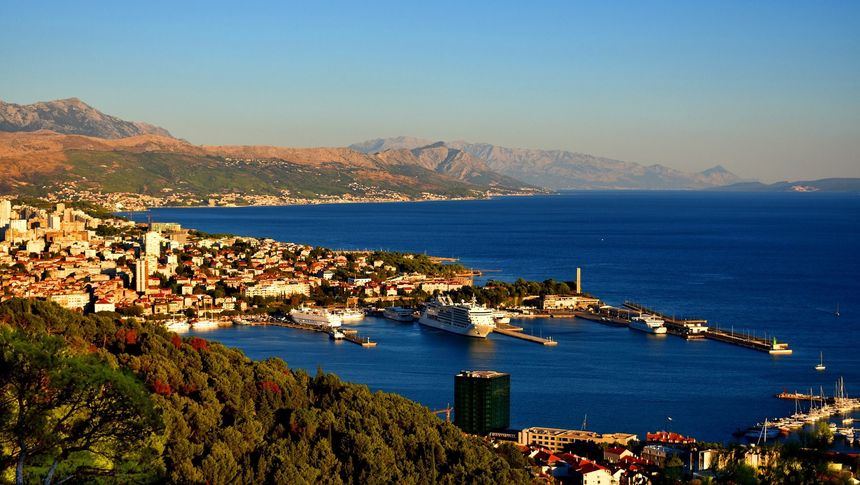 Split has been a major Byzantine city since 812. In 1105, the city engaged sporadically in fights with its rival - Trogir. Split has been part of many nations that imposed their rule over it, namely Hungary-Croatia, later Venice. From 1797 to 1918 it was ruled by Austrians, briefly by the French, later it became a part of Yugoslavia and of independent Croatia in 1992.

The town celebrated in 1995 the 1,700th anniversary of the initiation of construction of the Roman palace where today is the old town. The walls around it were built to be 2 metres thick and between 18 and 22 metres high. It had 16 towers and 4 gates. Only three towers remain today. It is interesting to note that the area has been continuously inhabited since the palace and its walls were built.

Split is the second-largest city of Croatia and the biggest city of the Dalmatian region. It is situated on the eastern shore of the Adriatic Sea and is spread over a central peninsula and its surroundings. The population is 178,102 (2011).

The economy of Split still is suffering the backlash from the recession caused by the switch to a market economy and privatization.  In the Yugoslav era, Split had been an important economic centre with a modern and diverse industrial and economic base, including shipbuilding, food, chemical, plastics, textile and paper industry, in addition to large revenues from tourism. Today, most of the factories are out of business (or are far below pre-war production and employment capacity) and the city has been trying to concentrate on commerce and services, consequently leaving an alarmingly large number of factory workers unemployed.

Brodosplit is the largest shipyard in Croatia. It employs around 2,300 people, and has built over 350 vessels, including many tankers, both panamax and non-panamax, as well as container ships, bulk carriers, dredgers, off-shore platforms, frigates, submarines, patrol boats and passenger ships. 80% of the ships built are exported to foreign contractors.

The new A1 motorway, connecting Split with the rest of the Croatian freeway network, has helped stimulate economic production and investments, with new businesses being built in the city centre and its suburbs. The entire route was opened in July 2005. Today, the economy of Split is based mostly on trade and tourism with some old industries, such as food (fishing, olive, wine production), paper, concrete and chemicals. 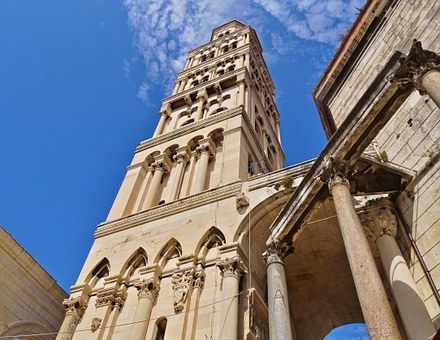 The historic centre of Split was included in the UNESCO list of World Heritage Sites in 1979. Split is known as one of the centres of Croatian culture.

Split offers the perfect balance between tradition and modernity. The city is home to the Diocletian’s Palace (a Unesco World Heritage site and one of the most impressive Roman monuments in the world). There are also a number of bars, restaurants and shops.